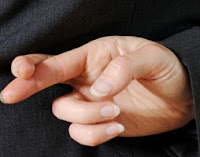 Posted the following on a Buddhist bulletin board thread about lying this morning and thought I would paste it here as well:

I have come around to the view that precepts are not descriptors of what anyone could or would actually do. Rather they are descriptors of good advice everyone will ignore or act contrary to from time to time.
By this yardstick, it is impossible not to lie ... not least because language describes experience and there is no such thing as experience that can be adequately described. By this yardstick, everyone is lying all the time and the best anyone could do about it in a search for truth would be to shoulder the responsibility and recognize that living life in approximate ways (lies) is neither satisfactory nor pleasant.
But even here, there is a fly in the ointment: How is it possible that life -- yours, mine or anyone else's -- could ever be approximate? No one is 'approximately' alive. Even those who fall victim to so-called living-in-the-moment and all the chit-chat that goes with that are constrained to admit it: No one is 'approximately' alive.
And if any of this holds actual-factual water, then truth and lies are not so very different. Not the same, mind you, but not so different either. This is the realm of what the Hindus call "the razor's edge."
It's much too sharp for me .... and besides, I need another cup of coffee.