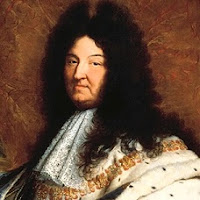 It may be a long or a short haul to the Jan. 20 inauguration of Donald Trump as president of the United States. It depends on the point of view, I suppose. But here's what feels like a relatively sane depiction of the businessman-turned-president's potential conflict-of-interest pitfalls:


Constitutional lawyers and White House ethics counsellors from Democratic and Republican administrations have warned Donald Trump his presidency might be blocked by the electoral college if he does not give up ownership of at least some of his business empire. [The Guardian]

It is hard not to munch on the idea that Donald Trump might create a leadership coterie, decline or be denied the role of president and then ... and then ... all of his properties gain in value. His claim to fame, as he has often said, is that he is a businessman. What's one more rat-fuck for a man of such shameless, blameless stature?
Posted by genkaku at 10:49 AM