Is it true that sometimes it is the little things that loom so large...

Or is it in fact something altogether different? I don't know but like a lot of other Americans I feel a sense of shame and sorrow in the wake of last week's presidential election in which two unpopular candidates squared off and America was somehow the loser... as if all the bright lights that once made the U.S., however imperfectly, the beacon for so many others around the world had been dimmed. Freedom of speech, assembly, religion ... a country of, however imperfect, laws; a land in which racism played a demeaning role and yet that role could not entirely undo the bright lights elsewhere.

In the wake of the election which Donald Trump won and Hillary Clinton lost, suddenly our capacity to expose a mediocre underbelly of merchandising rose up. Everything bears a price tag and as a result, our toe tags all seem to read, "made in the U.S.A." A third-world country in the making in an economy in which a rising tide raises all yachts.

It is easy to be confused and seek refuge in the simple and small life-rafts thrown out in pictures and words and wounded conversations. But even those are so many and so wide-spread that some simplicity, some refuge begs to be heard. Has everyone gone deaf? More important, have I gone deaf?

NEW YORK (AP) -- President-elect Donald Trump on Saturday demanded an apology from the cast member who gave Mike Pence an onstage earful from [sic] about equality.
Actor Brandon Victor Dixon told Pence after the curtain call that multiracial and multicultural cast is concerned about the Trump administration.
"We, sir, are the diverse America who are alarmed and anxious that your new administration will not protect us, our planet, our children, our parents, or defend us and uphold our inalienable rights," said Dixon,...

Dixon's apparent cri de coeur speaks of the fears of those whose candidate did not win the election on Nov.8. No country becomes a beacon, however imperfect, without some hard work. So now the shoe is on the other foot and the liberals grovel as once much of middle America was forced to do. If Hillary had won the election, would the throngs still fill the streets with protest? I sort of suspect they would: Enough is enough. Even if you don't know what lies at the base of the cliff, still there comes a time when jumping off becomes magnetic. Put a price tag on it. Merchandize America. Trump touted himself as a business man -- someone who got things done -- and America is open for business. The beacon is now the business. Getcher red-hot toe tags here! Let the flags fly and the principles slink away in defeat.


WASHINGTON (AP) -- For Republicans, there will be no one left to blame.
As they prepare to take control of the White House and both chambers of Congress next year, Republicans are celebrating the opportunity to enact a new agenda for the country, including lowering taxes, securing the border and repealing President Barack Obama's health care law.
But with that opportunity comes massive political risk: If President-elect Donald Trump and congressional Republicans don't deliver, they will face a serious reckoning with voters. That could begin with the 2018 midterm elections, when every House member and one-third of the Senate will be up for re-election.

Will the Republicans rewrite Barack Obama's much-vilified health care plan (Obamacare) -- the one they have taken six years without offering an alternative? Will they close the Guantanamo Bay prison that has held men captive without charges or chance to defend themselves (you know, the 'beacon' stuff)? Will they undo the climate-change agreements that touch one and all?

The atmosphere is awash in information. So much information without, as yet, discernible fact or action. Is it a time to be sad and roused up in protest or is it so daunting that the little things loom large and alluring? 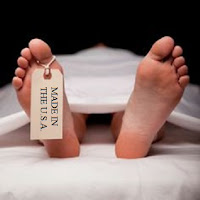