May our children learn never to forgive us:

After months of wrangling, Parliament has passed a contentious new snooping law that gives authorities - from police and spies to food regulators, fire officials and tax inspectors - powers to look at the internet browsing records of everyone in the country.
The law requires telecoms companies to keep records of all users' web activity for a year, creating databases of personal information that the firms worry could be vulnerable to leaks and hackers....
Officials won't need a warrant to access the data, and the list of bodies that can see it includes not just the police and intelligence services, but government departments, revenue and customs officials and even the Food Standards Agency....
Some aspects of the new law remain clouded by secrecy. Not all internet companies will have to comply - only those that are asked to by the government. The government won't say who is on that list, and the firms involved are forbidden from telling their customers.

And if the UK can put its stamp of approval on such a thing, it's a sure bet the U.S. will want one too. "Terrorism" has such an enormous and diverting wardrobe. 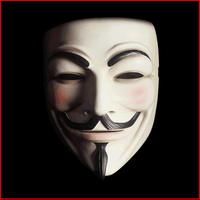