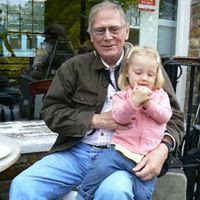 James Barney Marsh and I were German linguists in Berlin in the mid-1960's. We were young then and we're not young any more but we stay in occasional touch -- a touch that becomes more associative as time passes. He's retired out of the University of Hawaii (economics). Anyway, this morning I responded to his email and haven't got much left over for other stuff:


Dear Barney -- Sorry to hear about your busted ankle. Hope it is mending apace and not impinging too much on your upbeat mind-set. Shit oh dear -- the organ recital as age advances!

I gather that no one is sure who gets the attribution, but that does not change the appropriateness of the barb, "Youth is wasted on the young." Wilde, Shaw or someone else ... who cares? But I have often thought that if youth is in fact wasted on the young, then old age might similarly be accused of being wasted on the elderly. But then the question becomes, what is it, precisely -- what secret and camouflaged place -- that is wasted? And the best I can figure it is that what is wasted on the elderly is learning how to outgrow the assumptions that preceded old age ... you know, all that stuff accumulated in youth. It's not a pleasant fate -- as for example the idea that offspring and their offspring might visit dad and grandfather as he so often visits them -- but there it is. Outgrowing the notion that you or I might somehow be part of the social mix ... important ... relevant ... pungent...

Instead of wallpaper on someone's wall.

A line that rattles around in my head is this: "Just because you are indispensable to the universe does not mean the universe needs your help."

Currently in this neck of the woods two sons are at home. One awaits a deployment to Egypt early next year. The endless and politically-nourishing war that allows so many to get re-elected is bound to touch us all at some level. The other son is swept up in the $1.3 trillion student debt tsunami, scraping by as a teacher's aide while paying off a college education someone told him he needed. If I am not mistaken, two days before the recent halitosis that passed for a presidential election, a couple of privatized-prison stocks tanked when the government said they would no longer support the effort. After the election, the same stocks mysteriously rebounded. Privatization is a cash cow no self-respecting capitalist can ignore... schools, jails ... it's all just money. A couple of weeks ago, IMF ramrod Christine Lagarde suggested in a report that if economics continued on their current trajectory, the world was in for a "new mediocrity." When was the last time you heard of anything excellent that did not rely on money. The best I can think of is former AG Janet Reno's comment to reporters: "I don't do spin."

Oh well ... two sons at home. Daughter is married and working and more or less on an even keel. It is nice to see the kids, but there are times when I wonder when, precisely, the empty nest syndrome will kick in: To date, an over-populated nest seems to be the rule.

I putter. Write an occasional column for the local newspaper and am most skilled when it comes to taking yet another nap. My sister encourages me to get out and about, and I don't disagree ... but not to the degree of actually actualizing the encouragement. I despise up-beat TED talks that claim to have some aspect of life in the bag ... some solution that will make things easier, smoother and more fucking 'millennial,' whatever the fuck that means. Fixing things or solving them is a young man's sport and assumption.

My dwindling assumptions include a long-time interest in spiritual life. Once I was pretty gung-ho. But to what end? An improvement, n'est ce pas? I don't feel foolish about having plumbed whatever depths I plumbed -- everyone's got to dive in somewhere. But making a federal case out of it is too much. Similarly, writing seems a bit much as assumptions go.

Oh well, rattle and blab. Writing is what I do. Just a note from the eastern-most climes of your universe.

I hope you are well enough to hoist a Pils.