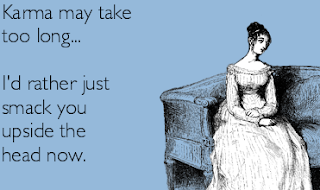 Let The Guardian do it:


Six ways Trump is 'dismantling' the US after six months in office
Trump has been paralyzed on healthcare and tax reform, but his administration has been active in eroding safeguards and protections elsewhere

It has been rattling around in my head and aimed mostly at me that the liberal constituency in my country is largely composed of self-satisfied whiners when it comes to Donald Trump. Hurling brickbats like "shame" and "irresponsibility" and other criticisms is LITERALLY like criticizing a wall. You can't convince a crazy person s/he is crazy and you can't speak to people who lack a sense of shame about shame. They simply cannot hear you any more than a wall can hear the most heart-felt critiques. If someone is simply incapable of hearing you, this puts the onus on the one screaming, "You're deaf, for Christ's sake!"

To apply the word "shame" or "irresponsible" is to assume the target also has a sense of what is not shameful and what is responsible. And these are qualities Trump and his merry band of old white men simply do not have. Why should they feel shame for what they are forever telling us they are not responsible for.

Once upon a time there was such a thing as the "wood pile" -- the destination of any youngster scheduled for a whupping. But mincing liberals like me lack the stomach for the smack-'em-upside-of-the-head directness which seems to be the only alternative. It's too Republican, dontcha know.