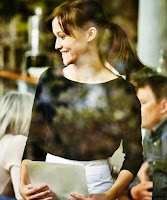 There are several things that set my hair on fire about a BBC article that details various companies' banning certain words on their premises.


Apply for a job at Davio’s, a small chain of Italian-style steakhouses in the US, and you’ll never hear one extremely common workplace term: employee. That’s because CEO Steve DiFillippo has banned its use.
“I think ‘employee’ is an awful word,” he says. “Who wants to be an employee? It just isn’t something you strive toward.” Instead, those who work for DiFillippo are known as ‘inner guests.’

The obvious Orwellian "newspeak" is part of it, I suppose. But worse than that, from where I sit, is 1. the fact that there are idiots who actually buy into this upbeat pablum and 2. the fact that the reporting agency (the BBC in this case) makes no mention of the fact that the sole beneficiary of this linguistic corruption are the owners of the businesses that apply the thumb screws. If you use nice words, lower wages are less noticeable.


Company-wide bans have usually dealt with words or phrases that could bring negative associations to a brand. Documents released in 2014 as part of a General Motors' settlement with the US government revealed that the company had coached engineers to avoid 69 incendiary words and phrases, including ‘defect,’ ‘flawed’ and ‘death trap.’

I guess the signs will soon go up: "No English-speakers Need Apply." Everything will be one big Oriental group hug and translators will be in high demand ... though the word "translator" may be a bit too strong.
Posted by genkaku at 5:37 PM