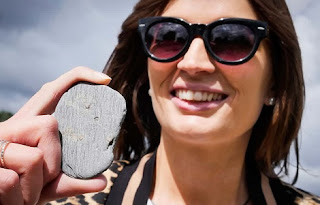 The champ wannabe who was diffidently praised by one male as "not throwing like a girl," is still a bit miffed that she is forced to compete with the boys.
Posted by genkaku at 6:43 PM