Two days ago, a singer-songwriter, Richard Shindell, came by for a visit and a little zazen. In his early 50's, Richard makes his home as an ex-pat with his wife, a college professor, and children in Buenos Aires, Argentina. He travels to the states in behalf of his profession and some of the adjuncts to that profession (lawyer and perhaps others) lie here in Northampton ... hence, perhaps, he thought "Black Moon Zendo" might be a place to reconnect with a Zen practice he had begun 30 years ago with Daido Loori ... and then quit. 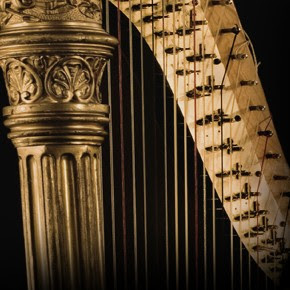 We sat at either end of a couch and talked for an hour or so, went to the zendo and sat for 30 or 40 minutes, and then he was on his way. But before he left, I swapped him a copy of my book for a couple of his CD's. I didn't tell him -- as perhaps he didn't tell me -- that I thought he'd been gypped in the bargain.

I didn't know what to expect when I slipped one of the CD's into the playing slot. Just because you like a person doesn't mean you're going to like their art ... just as liking someone's art is no guarantor that you'll like the person. I awaited the music gingerly: Music is powerful juju in my life, but sometimes the magic is not aroused and I slump defeated into some lazy, savvy phrase like, "taste is taste." I waited for Richard's music as a matter of responsibility -- it was a gift and I appreciated it -- but I was unwilling to open the juju door just yet.

Long story short, I listened to the whole CD, all thirteen songs. It took a couple of songs to draw a bead on how I thought it felt and what land I was in. It was imaginative, evocative and not equally magnetic across all songs, but still, I was in a ballpark I enjoyed. When I finished listening, I felt somewhat guilty to have listened to the whole CD -- as if I had pigged out on chocolate mousse instead of enjoying the deliciousness of a few spoonsful. But then a couple of songs floated to the top of my mind and I went back and listened to them.

And then I focused on one.

And then the juju rose up.

[I do hope at this point that the Zen Buddhists and the Jesus-loves-me groups will retire to their respective corners and murmur their confirming, consoling and elevating agreements ... preferably out of earshot.]

The song that took me is not the song that would, of itself, take anyone else. As it happens, it is called "Beyond the Iron Gate." But it is the juju world, the world of unmistakable ... uhh ... magic, that anyone and everyone knows and feels and longs for and fears and rejoices in and ... and ... would die for, that interests me.

Like a kiss or an orgasm, the juju world begins with yearning. To be close-closer-closest to this beckoning, compelling something-or-other. And the closer I come, the more defenseless I become. I am stripped and stripped and stripped until I am more naked than naked. It has a vaguely scary component, but the juju is too strong, too easy, too complete for anything as hold-on-tight as fear. Where can I hold on when there is no place to hold on? The juju is implacable ... soft and sure and wide, but implacable. It is, in a sense, killing me and yet no matter what death I die, it is not enough ... the juju is not death: To die would be to proclaim something other than the juju ... and something other than the juju simply is not possible. I long to get out of the way of this magic, to stop hindering its course, but, the juju assures me, getting out of the way is not possible when there is no getting out of the way. I am dying and yearn to die and can't die and, as an old graffito I once saw in a Berlin men's room once proclaimed, "A kiss that lasts forever is a strange gift." The wondrousness of a good orgasm lies in the fact that no one has it ... there is no more closeness ... there is only ... call it what you will ... juju. Dying to die is a start, but dying is not enough. Only juju is enough.

Here, in the well-defended world of words, I wonder a bit. One of Richard's songs rang my juju bell. But does it do the same for him? I doubt it. Do any of the artists or saints or geniuses anyone credits in life feel the same awe or adoration or elevation as an onlooker might? Is God awestruck by the wonder of God? Did Jesus or Gautama or Pick-Your-Fave ever marvel at the marvels attributed by others? Yes, there are ego-trippers, but beyond that ... is there anyone who can or would want to lay claim to his or her own juju? So ordinary, so plain so ... towering.

Undefended life ... it's to die for. Luckily, the opportunities are endless.

Imagining you could die is barking up the wrong tree.
Posted by genkaku at 9:12 AM