Fear is such a boisterous customer that it is sometimes hard to hear a quiet question. 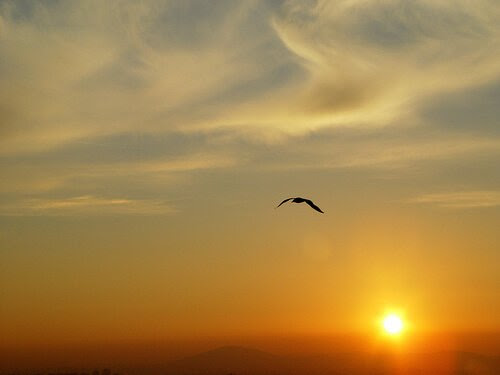 It's not that fear is without its quite-sensible attributes: Anyone who does not fear a pissed-off mama bear has got a fool for a companion. Life and limb (self-preservation) are important and fear is a good ally in that regard.

But more often in 'civilized' society, the fears are ephemeral, more gossamer and less well-grounded. This does not detract from their constricting boisterousness. Snakes, bugs, love, employment ... each and any can have its brightness in a fearful sun. Greater and lesser play no role when fear comes calling. It is assertive and sometimes debilitating in its unremitting insistence. There is no place to run even as outrunning it may fill the mind.

Boisterous, constricting ... and as smooth as cyanide released in a gas chamber: Fear.

But, leaving aside the contrived cuteness of the question ... seriously ... the quiet query strikes me as plainly useful: Is the fear afraid?

My guess is that it is not. Fear is assured. It is certain. It brooks no doubt. It infuses in triumph like Alexander at the head of a victorious army. It is, in its being, at peace with the war it wages.

And if this is the case and if the metaphors are not too cute by half, then I think it is useful to ask, in quieter moments, what groundwork it is that assures this peace. From what earth do these wretched and rending thorns grow up? Fear is assured even as its fallout is nothing less than a loss of assurance.

Is there a peaceful earth in all of this? Is there some reason why, if fear is at peace, we might not do the same?
Posted by genkaku at 9:11 AM