it's not something else 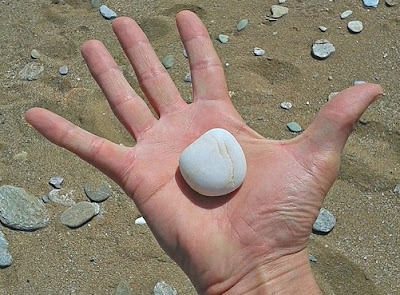 In the-dime-drops department, I have always been a little dumber than the other kids on the block. Even after decades of playing in the shallows of Zen Buddhist practice -- the sit-down-erect-the-spine-sit-still-shut-up-and-focus-the-mind meditation practice called zazen -- there has always been a wee, whispering voice wondering how the hell (without the spiritual bullshit) this activity had much relevance to daily events in which I was standing up, slumping, fidgeting, babbling and confused ... you know, the ordinary stuff.

Mind you, zazen seemed to have some salutary effect and I kept after it in my own sincere and insincere ways. I could call it "good" or "profound" or "subtle" or "compassionate" or whatever. I could make a linkage between zazen and the unsatisfactory edginess that anyone (by which, of course, I meant me) might use as a springboard for a disciplined practice.

I could praise zazen. I could encourage others to give it a try. Over the years, I got pretty good at the meaning and importance of it all. But if I had been really comfortable, really assured, really complete, why would I need all these excuses about Gautama exercising his great compassion and 'spreading the Dharma?' Something was not yet complete for me.

Yesterday, after about an hour's worth of zazen, there was a small, relaxed, warm bathtub that seemed to envelope things. Zen training, Zen meditation, even Zen bullshit -- although it could not for a moment be called "good" -- reached the far corners of things because it addressed the long-standing and unconvincing conviction that things were or could be something else... that meaning and belief and praise and blame and love and anger and wisdom and ignorance could somehow employ what is as a means of getting by in life.

Yesterday, cozy as a cat around bare feet, the usefulness of zazen asserted itself with a relaxed assurance. It was simple: It is not something else.

It is not something else. There is a need to bone up on that recognition because the ordinary way is incomplete and edgy-making. Using intellect or emotion or spiritual life or bank robberies or altruism or self-centeredness to capture and control and bring peace ... it may be habitual and understandable, but it doesn't work. Zazen practice, like anything else, is not something else and this lesson was worth learning ... even if I felt like a dumb ox for not getting it through my actualized head sooner.

Of course saying "it's not something else" doesn't say what anything is any better than "zazen" or a "rock in the palm of the hand" does. As an intellectual or emotional construct it doesn't reach; it doesn't get to the heart of things.

But as a matter of quite ordinary, bred-in-the-bone fact, "it's not something else" and the enjoyable willingness to sink into that bathtub ... well, ain't it the truth? ... the truth no one would be dumb enough to call "the truth?"

Zazen is not something else, no matter how many people dress up or build temples or write blog posts. It's just not something else ... and that realization is a relief, not because knowing it somehow puts anyone in control, but because it's just a fact... just like all the other facts that are not called "zazen" or "a rock in the palm of the hand."

Reading this post over, I want to 86 the whole thing. Another piece of drivel that can hardly make anyone's life easier. On the other hand, it was a small, compelling bit of relaxation yesterday ... the kind of thing, once described, that might allow others to know what kind of idiot they did not want to be.

I like it: It's not something else. I like it even if some dimwit is bound to intone, "it is what it is" or "things are not what they seem, nor are they otherwise."