victory without a W 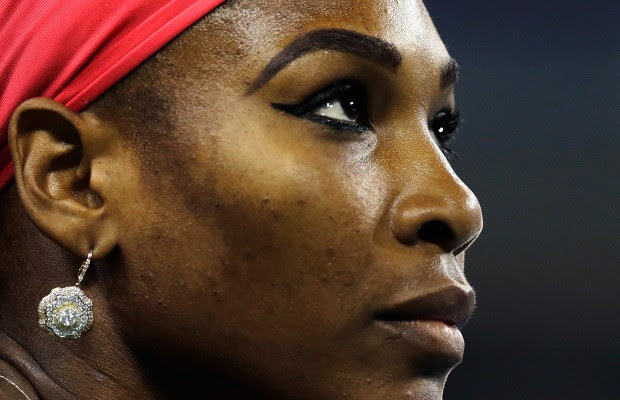 It was fierce to watch, even on TV. Even from an electronic safe distance, the intensity, the focus, and the unwillingness to fall prey to either despair or delight seemed palpable. This was no time for victory or defeat: Victory and defeat belong to the defeated ... this was serious. Each player made bad shots and good ones, but this was no time for "good" and "bad:" "Good" and "bad" would have dulled the blade necessary for this serious matter. This was serious. This was everything.

After the match, trophy in hand, Williams was quoted as saying, "I'm already thinking about what I could have done better. I think I'm a little crazy in that (way), like something must not be right because I don't even relish the moment enough." (Italics added.) She was also quoted as remembering how and why she got into tennis in the first place: True, her father had pressed her to do it, perhaps for the money, but she never thought about the money, she said, she just thought, "I want to win."

On the face of it, the situation was laden with victory and defeat. Thousands of fans sat in the sunshine in Arthur Ashe Stadium in Flushing, N.Y., to applaud and bask and be excited by a W (win). And the players too came to win a trophy and bragging rights and a lot of money. To win, to lose, to emerge victorious or defeated ... that's how games are played; that's how goals are formatted ... and in one sense, it's all true enough.

In the midst of any serious endeavor -- in the very middle of the thoughts, words and deeds required; in the place where gain and loss simply cannot be allowed to enter -- isn't it pretty much the same for anyone? It doesn't have to be some athletic contest -- any endeavor will do ... the kind of endeavor where 'why' and 'because' don't fill the bill and in fact get in the way; where the effort is whole-hearted and there is no time for extras: This is my life and it is so much my life that to say it's my life would be superfluous and, worse, gum up the effort. This is this ... everything and nothing all at once.

And later, later when the trophies are handed out and the crowd applauds and even I think I ought to be applauding ... later it is gone ... poof! What had been the blood of my precious blood in the moment is now ... well now it devolves into victory or defeat, a poor man's arena that cannot begin to describe or enter the whole-life that was expended in the attaining of it.

I'm not so sure that it is a strange land. In the world of applause meters, perhaps it sounds screw-ball or scary and simply to express aliveness -- to let life live -- sounds too distant and lonely and contrary to all up-bringing. And yet who has not been there and later wondered why, somehow, s/he did not "relish" the victory enough?

Is it any wonder that military Medal of Honor winners feel embarrassed and confused and somewhat less than honorable?

Does life claim victory over life? I doubt it, but to acknowledge this land without victory strikes me as a potential W. It may not fit in the trophy case, but it does provide a savory relish.
Posted by genkaku at 9:31 AM