I don't generally like using others as a springboard, but this morning I read an interview with Krista Tippett, a radio journalist who seems to be speaking out of an evangelical Christian background, and 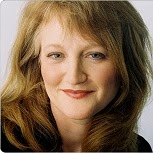 found myself pleased by what she had to say. She seems to be attacking the problem of what happens when spiritual adventure hits the brick wall of day-to-day life.


-- [In an earlier time] you could have a Reinhold Niebuhr. You could be this authoritative voice on the cover of Time magazine.

That era is over. There are authoritative voices, but they don't have the sweeping command of attention. The old forms have stopped working, but we still don't yet know what's going to come in their place....

-- There can't be any more Niebuhrs. I don't even know if we could have a Martin Luther King now. The change makers are dispersed and plural; they're in local communities, and they're not all white Protestant guys.

--  I like to say that I'm tracing the intersection between big ideas and human experience, between theology and real life. It's not such a radical concept, but it hadn't been done much before.... The human story was really sidelined. The New York Times, I think, is still really primitive about this. It's like some of the traditionally best places are the last to get it. But there are a lot of good people coming up, and a lot of great stuff going on online.

The public face of formatted spiritual questing is so often big and wonderful and assured and dig-my-halo. This leaves hungering individuals starving in the dust: "How come I don't feel big and wonderful and assured? What's the matter with me?" And of course formatted spiritual institutions make a good living based on this uncertainty. The unkindness of such manipulation too often gets a "pass." But this doesn't undo the unkindness.

Perhaps it's just a matter of ipso facto: Create an institution and the goal for which it was created goes begging by definition. Perhaps spiritual adventure amounts to cracking the barriers erected by the institutions which claim to have no barriers.

Whatever the case, in spiritual adventure, I am touched by the effort and laughter and tears of any who take up the challenge. It is as human and rich as it is sometimes inhumane and impoverished.

Human ... that's what bangs my chimes.