where the gods play baseball 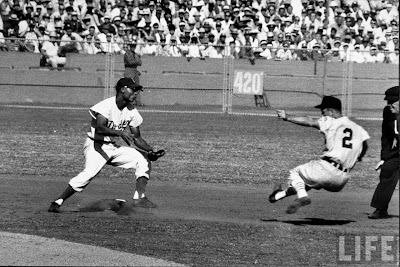 Tonight, at 8:07, the Boston Red Sox and the St. Louis Cardinals will play the first game of the World Series here in the U.S.

Baseball fans are psyched, I imagine: Who will be crowned king of the sport?! Theoretically, there are seven games in which to answer that question, though the first team to win four games could end the discussion. In the meantime, it's all beer and enthusiasm and sometimes Jesuitical arguments about statistics and tactics. Hot damn -- the boys of October are back!

Wouldn't it be nice if the same mindset that is invested in the World Series could likewise be invested in spiritual endeavor? Whether fan or player, no one ever worried much about what a baseball player believed: Baseball was all about the game, the doing, the action.

No one ever confused the "love of baseball" with baseball. True, a fan might be fervent to the point of zealotry, but ... well, all that faded into the background when a batter clocked one into left field or a diving catch resulted in a double play. Without the actual action, nothing made any sense... everything lost its savor and meaning and deliciousness. Beyond or before the beer and enthusiasm, it was a given: Baseball is action and the rest is largely optional, if scrumptious, eyewash.

There is a similar scrumptiousness to spiritual life. From the mildly concerned to the deeply devoted, fans can gather in temple or ecumenical council. There are tactics and statistics, degrees of attainment and halos for the stars. Sometimes voices are raised. Sometimes there are even fist fights. Soothing certainties are mixed with raucous doubts. The air is filled with tenderness and i-m-p-o-r-t-a-n-c-e.

Wouldn't it be nice if the same baseline understanding in baseball were applied in spiritual life ... if it were simply assumed at a gut level that the optional eyewash had no relevance or importance or usefulness when the loudspeaker announced,