saving all those leftovers

In the darkness, the day promises to be misty, moisty, dribbly and grey. At least two people have expressed an interest in Sunday sitting, so I am up early, preparing ... straightening out the daily aches and pains, giving the morning meds a chance to settle themselves, wanting to meet properly the obligations I don't especially want to meet ... a small-time Scarlet O'Hara primping in front of a full-length glass. 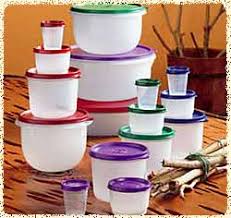 Wouldn't it be nice if spiritual adventure were one-and-done? Sort of like fixing a flat tire ... let's get this sucker back on the road! Nobody worries about the car when things are running properly, but then ... oh well, it's a flat or the brakes or the alternator or some computer glitch.

Spiritual adventurers nod with an annoying sagacity -- yup, there's always a fly in the ointment. But still ... wouldn't it be nice if it were one-and-done -- if spiritual adventure could be set aside like dolls or cap pistols ... yes, they were fun in their time, but isn't it time to grow up?

Two men are coming this morning. It's my own damned fault. I built the zendo. I sat there. I wished others might come; I invited them; and was pleased when they did come. I tussled with being a 'teacher' -- or whatever you call the inescapable ramrod of a particular gathering. It was all, at differing levels, important -- a very small operation, perhaps, but still ... important. Important and "Buddhist."

But this morning, I wish I could give each of these men a spanking-new set of Tupperware bowls and send them on their way. One-and-done ... no more carelessly-kept leftovers in the kitchen.

Naturally, things don't work that way. It's your life, you own it. There's nothing saying you can't dream of some one-and-done answer, but that doesn't mean you can't laugh as well. One-and-done or "Buddhism" -- c'mon! Grow up!

The two men -- my two instructors for the day -- are coming to practice or learn about Zen Buddhism. Even if the air has largely left this old balloon, I can play a bit of that game. It's not a biggy.

What remains important in my memory banks and what I cannot blithely set aside is the discomfort or uncertainty -- the purely human stuff -- that these men bring with them. No one ever snooped the edges of or dove deep into Buddhism because they were so damned happy. I used to want to put a Buddhism cookie cutter around such dis-ease: It really is a pretty good discipline. But now all that's left is the people and their discomfort and if Buddhism will alleviate discomfort, fine, let's do that.

But wouldn't Tupperware be nice?

I believe in sangha -- the community. But I never was much good at a "Buddhist" community: Ever notice how everyone smiles? ever notice how glibly and inaccurately the word "compassion" trips off the lips? ever get sick of earnestness ... even your own? ever notice the meetings -- the adventure any sane man might want to avoid. It's all OK, but it's tiring and reminds me of the old colonial bit of etiquette: "If you must spit, spit in the corner."

If people hurt, as there is ample evidence they do, then any life preserver is a good life preserver, even one marked "USS Buddhism."

But wouldn't Tupperware be nice?

No more waste. No more floundering. Just take the plastic bowls and put them to good use and ... I wonder what football games are on the TV today.