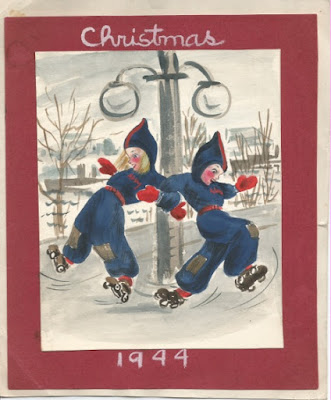 Yesterday, two quite touching articles crossed my bow. I hesitate to mention them since old age is a strangely, ineluctably private matter ... but what the hell, blogs are much the same.


One came from A.L. Kennedy, a Scottish writer, and was entitled, "How time passes differently as you get older." I liked it well enough to take a stab at sending some fan mail. I also passed it along to an elderly friend who shot back almost immediately that she was more in tune with an article that appeared in the New York Times: "A Group Portrait of New York's 'Oldest Old.'"

Both seemed in my mind to lend a voice to a voiceless set of concerns. The fact that both appeared in public media (the Kennedy piece was posted by the BBC) seemed a bit weird ... a media that is built to serve the socially and physically active, the au courant ... portraying a world that the elderly see increasingly in some rear-view mirror.

There is little or no outlet for the experiences of old age. Certainly it cannot interest those who have not yet reached that age. Or, when it does interest them, it is usually comes hand in hand with helping or improving or explaining, which is what younger people do. And yet here were two publicly-comestible articles, giving voice to some mute constituency. Not that the could help or really inform, but it was nice to have company, or so it seemed to me.

And both articles made me smirk at some irony that expressed itself as: Just about the time the kids whom adults have raised and lesson-ed are getting their own can-do set of controls and judgments (needed for social interaction and 'success'), those who are older are watching the certainties and lessons lose their footing and focus and credibility. Those who are younger find no visceral need for the unraveling understandings of the elderly. And the elderly, who have tutored those kids, know it and find no one to talk to about the unraveling that chooses its own time and place. For the old to try to make things clear to the young is like a fish, flopping on the dock, being lectured about the life-giving properties of the air that is killing the fish. And more, one flopping fish talking to another is equally useless when flopping is the order of the moment.

Not only is it fruitless to speak. It is also tiring, and the elderly tire more easily and so, inevitably, lie back in the silence of unraveling. Sharing experience is not possible and no where is that more evident than in old age. Squirm, wriggle, flop, whine, weep, laugh ... "sharing" is a young person's sport.

And as if the two articles were not evocative enough, an email out of the blue asked me if I were the Adam Fisher who had lived with Abby as a young child. As children, our mothers shared an apartment in New York City. Her mother was a writer and (I think) illustrator ... as the picture above indicates.

Abby's memory is better than mine, so we shared -- so to speak -- some lopsided recollections via email.
Posted by genkaku at 7:44 AM