under the Zen bed covers

To the extent this observation has any usefulness, I think it lies not so much in the self-anointing smugness that can arise when applying it to others, but rather in the willingness to apply it within. And I think that whether this is a serious or frivolous pastime is entirely up to the one applying the yardstick. 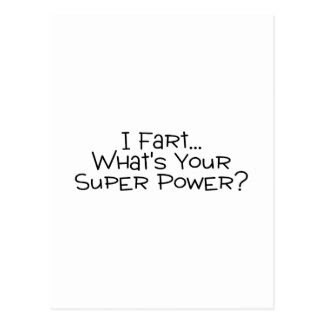 I guess this came to mind after a short email to-and-fro yesterday with Stuart Lachs, a friend and author who might roughly qualify as one of the bad boys of Zen Buddhism. Where others might lie down and swoon for the subtleties and wisdoms of Zen, Stuart, as someone who has actually practiced the practice, examines with the care of someone who really loves Zen ... loves, as opposed to simply being infatuated with... the meal-ticket approach to Zen. Stuart examines the fart under the marital bed-covers of Zen ... a reality check that is inescapable in the realms of true love.

As I admire Stuart's efforts, so I admire the efforts of Brian Victoria, another author unwilling to skip over the savory, smelly bits of Zen history and outlook. Brian writes in a meticulous and clear English ("Zen at War" among others) that pretty nearly escapes the academic world in which he writes.

I am grateful to both of these men because, among other things, I occasionally think that I love Zen -- not often, but occasionally. I too have been and remain capable of a lick-spittle approach that goes with an infatuated mind. Both of these men remind me to take a little care, not just of the capacity to swoon in favor of something, but also my capacity to swoon for a lock-down, fart-under-the-covers approach.

Truth to tell, it is every bit as tiring to find flaws in the realm as it is to roll over and wallow in that realm. As with unexamined praise, so it is with examined love ... couldn't we talk about something else for a while .... baseball or gardening maybe?

I am grateful to these men ... but sometimes I wish they weren't my friends or brothers or whatever the right term is. And part of the reason for my gratitude is that they have helped me examine my own seriousness, my own frivolity... how do I know what I think till I see what I say?

And what I said to Stuart the other day was this:


"I don't mean to say that Zen has nothing to offer, because I think it does."

Some day you'll tell me what that is. :)

Recently, like you I think, I had a few small to-and-fro's with Brian Victoria. What good stuff he writes ... just like you. It really is a kindness from where I sit to hear/see careful examinations of the emperor's clothes. True, I find it somewhat wearing these days, but that doesn't mean I can't applaud. As far as I can see, spiritually-inclined institutions will always fail but it is salutary to admit it up-front and then move forward, as distinct from buying boxes and boxes of sparkly Band-Aids. And when those Band-Aids are shelved, as in Brian's case, in the halls of academe ... well get thee behind me, Satan! What a true-blue mishegas!

I don't mind it so much when I or others lie. Where else could anyone find the truth? But what I do hope to keep an eye on is the lick-spittle willingness to believe in and then promote those lies.

It's just my own seriousness, my own frivolity.