What kind of (wo)man would not examine with care a circumstance or event that formed the basis of a belief that led to action that would be harmful to others?

I guess the answer is, damn near everybody. At some point, the mind calls for decisiveness and damn the contrary torpedoes, those bits and pieces of uncertainty or doubt that touch a fondly-held conviction or belief.

Still, even if there is no perfect certainty ... still I think it's worth examining: The greater the potential harm, the more thorough the examination.

On Sept. 11, 2001, passenger jets were crashed into New York's World Trade Center towers with devastating effect. Today memorial gatherings were held. Since 9/11, the carelessly-examined word "terrorism" has been given a big boost. After an investigation that left significant questions unanswered... 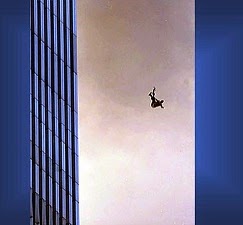 ... last night, U.S. President Barack Obama OK's bombing strikes inside Syria and Iraq as part of a "relentless effort" to root out an Islamic State movement accused of extremism and, by some convoluted measurements, poses a threat to the United States.

Like Japan's invasion of China in 1937, there are always "good reasons." America has its reasons. The Islamic State has its. Whether those reasons are carefully or carelessly examined can help measure the depth of the folly to come.

And that goes for the good stuff as well... the utterly personal stuff.