"frenemies" near and far 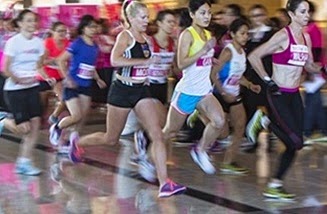 Odds and ends of journalistic effort crossed my stage this morning. Somehow they seem to connect, yet precisely how is beyond both my expertise and/or my willingness to argue for their connectedness.


-- Swedish director Roy Andersson's comedy A Pigeon Sat on a Branch Reflecting on Existence won the Golden Lion award for best film at the Venice Film Festival.
The offbeat movie was hailed by critics for its moving exploration of what it means to be  human.

Is there any end to the number of ways in which human beings can find means to explain what they already are?

--  The United Nations World Health Organization has designated suicide a "public health problem" that is shrouded in taboo and urged countries without them to come up with public policy approaches. A suicide occurs every 40 seconds, WHO said.

-- Small hospitals are under the financial gun to close up shop in the U.S. Is this a part of the U.S. public policy as regards suicide?

-- As a means of winkling out who, precisely, is worthy of American "killed" or "wounded" or "considering suicide," Reuters has run an opinion piece on how to detect our "frenemies" around the world. "Frenemies" -- it's not just for policy wonks any more. Anyone needing a primer in this arena may get some help from the U.S. president, Barack Obama, who will give a a speech on Wednesday regarding the waxing villainy of the Islamic State, the guys and gals likely to keep the endless-war scenario fresh as a daisy. As if playing into Obama's scenario, "Islamic State pamphlets and flags have appeared in parts of Pakistan and India, alongside signs that the ultra-radical group is inspiring militants even in the strongholds of the Taliban and al Qaeda."

-- In El Salvador, a gang truce is holding. The result is ... stronger gangs.
For some reason, that seems relevant to the fact that water shortages in India have helped to nourish a mafia-like business in the commodity: Only the crooks seem capable of delivering.

And that is what the Islamic State -- even if it doesn't want to -- is dragged into the American scenario of friction and danger. It's like kids laying out the plot-line of a game ... "OK, this time you be the bad guys and I'll be the good guys." We need you, you need us ... and everyone get their game face on!

What would happen, if only briefly, there simply were no enemies left? Talk about scary shit!

Let's stick with the Canadians and just send a few troops in .... it's only prudent and Vietnam is ancient history.

And as a less galling footnote to an eventful time: