For 50 years, I have saved the following missive in a journal I kept in 1964 while I was part of a top-secret-oriented army unit in Berlin.  Misspellings and all, the sheet appeared in my mailbox -- and everyone else's as well -- without further explanation. In an atmosphere of paranoia that secrecy can instill, it was just one more reminder of the fealty owed to the government we worked for.

Then as now, I had no desire to broadcast my country's secrets, however boring they might be. But simultaneously, there was no way I was going to rat out my friends from whatever country. Further, keeping a dear-diary journal (travels, parties, hangovers, culture, getting laid) was not something I was willing to give up.

The sheet infuriated me then but it also helped me to recognize that matters of "principle" could not be allowed to rely on the agreement or disapprobation of others. There really were guys in polyester slacks who had identification folders to flash under your nose before they started an interrogation. The implications of that sheet scared me, but they did not scare me quite enough.

Principles that are based on poll numbers are a just bling-studded uncertainty ... or perhaps cowardice. 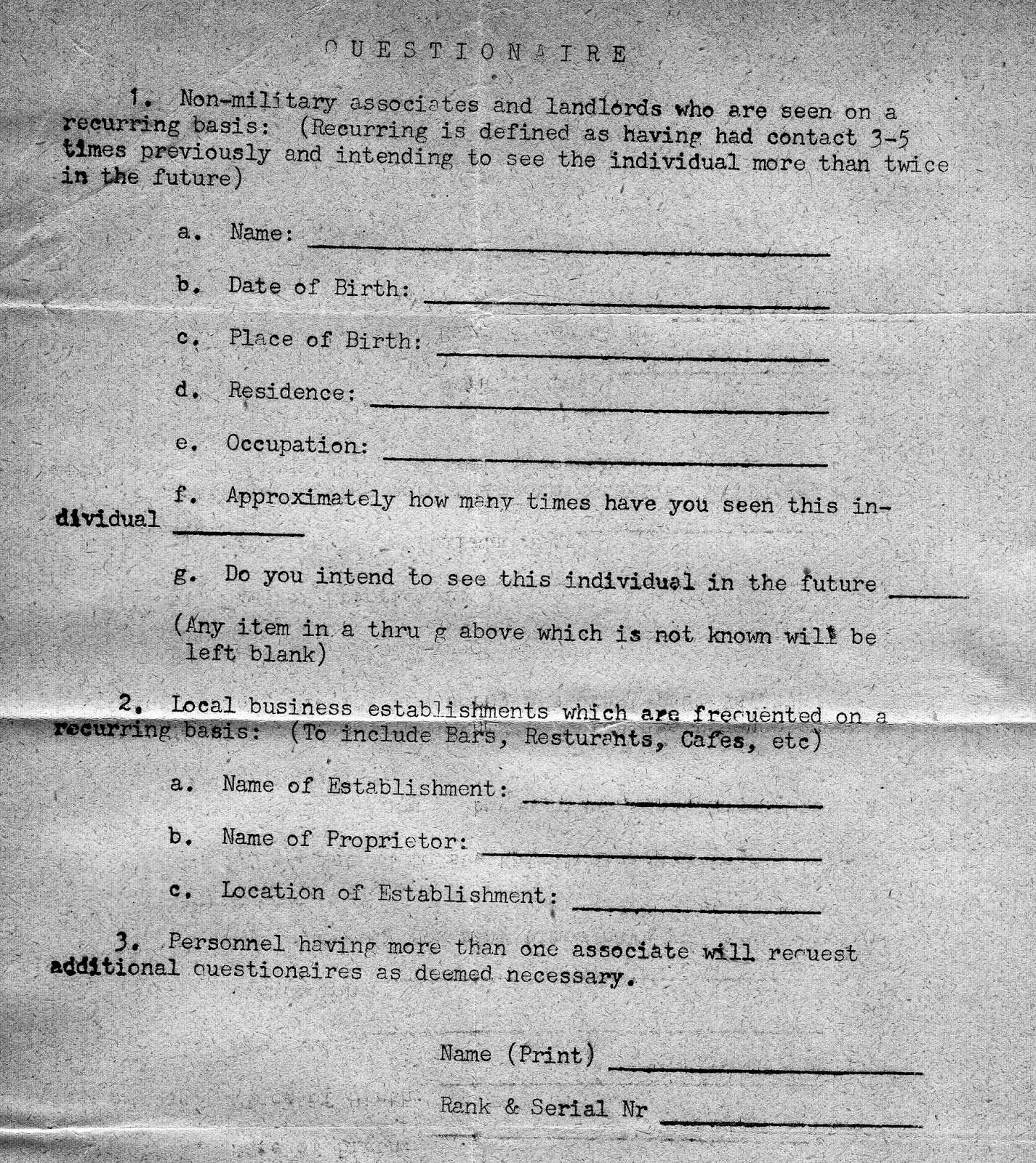 Kind of like spiritual endeavor, I suspect.
Posted by genkaku at 8:40 PM