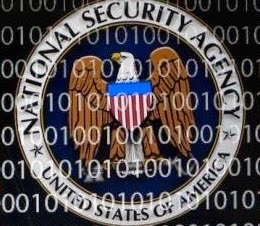 (Reuters) - Documents released by the U.S. government show it views an executive order issued in 1981 as the basis of most of the National Security Agency's surveillance activities, the American Civil Liberties Union said on Monday.

The NSA relied on Executive Order 12333 more than it did on two other laws that have been the focus of public debate following the leaks exposing U.S. surveillance programs by former agency contractor Edward Snowden, according to the papers released by the ACLU.
The ACLU obtained the documents after filing a lawsuit last year seeking information in connection with the order, which it said the NSA was using to collect vast amounts of data worldwide, "inevitably" including communications of U.S. citizens.....

Alex Abdo, an ACLU staff attorney, said in a blog post published on Monday that the documents "confirm that the order, although not the focus of the public debate, actually governs most of the NSA's spying."
"Congress's reform efforts have not addressed the executive order, and the bulk of the government's disclosures in response to the Snowden revelations have conspicuously ignored the NSA's extensive mandate under EO 12333," Abdo wrote.