Banksy in Gaza; Netanyahu due in U.S. 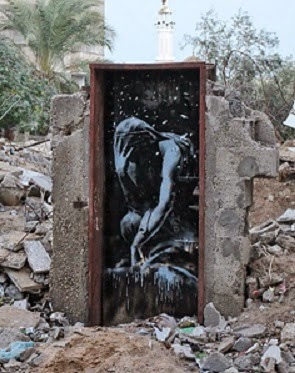 Is it ironic that the art show in the rubble seems to dovetail nicely with next Tuesday's appearance by Israeli Prime Minister Benjamin Netanyahu's before a joint session of Congress ... an event criticized both in Israel and the U.S.?
Posted by genkaku at 9:41 AM