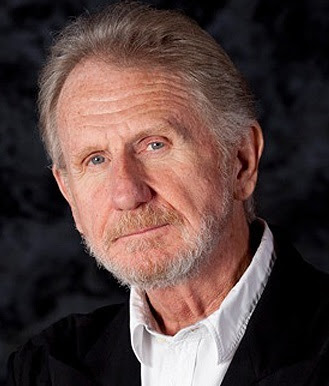 Since we played together as kids and delightedly attended Saturday afternoon movie matinees together and then mimicked the swagger and competence of the western heroes on the silver screen, it was a peculiar sensation to receive an Internet note from René Auberjonois.

Yesterday, René made a surprise contribution to the zendo roof fund here -- a job since completed, but whose costs still gnaw at my pocket. Out of nowhere, René made a contribution and offered words of condolence on the recent death of my mother, whom he knew. Perhaps he read about her in the New York Times.

On seeing his name, my mind skipped back over René's apparently-busy and successful acting career to a time almost seven decades ago. We were kids and it is strange to be reminded that there was a time when we were indeed kids. I didn't really remember much, but I did remember that René had wanted to be an actor at a time when I was still toying with the childish notion of being a cop or a fireman... in short, had no clue as to what I might want to be.

And here, yesterday, somehow the past fast-forwarded over all other intervening successes and failures and brought me back to a mysterious "then." I was happy for René and his Broadway/Hollywood/television curriculum vitae, but I was not entirely sure how the past -- the 'real' past we had spent together -- and present were linked or whether they even should be linked or could be linked and yet most assuredly were linked.

It was just a peculiar feeling: How did the 8- or 10-year-olds that we were ever turn out? Others might refer to jobs and families and travels ... but somehow that doesn't answer the very simple question, "how'ya doin'?" ... how's the 10-year-old I once knew? I wonder about René.