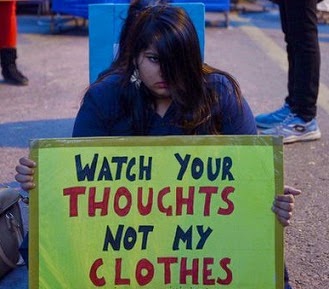 In basic training, the army private who took my particulars in order to create my dog tags was horrified to note that I had written "N/A" (not applicable) in the space reserved for "religious preference." We were in the South and the private, judging by his accent, was a product of that South in all its sometimes-ferocious religiosity.


"C'mon man!" he said to me in utter disbelief and with a sincerely-wounded look on his face, "you gotta be something." And because the pain on his face seemed unfeigned, I replied, "OK. Put down 'Unitarian.'"

The pain on his face was replaced by suspicion. "What's that?" he asked in a tone suggesting I was not going to put one over on him and profess a sneaky devil worship. I thought a minute, looked again at his young and earnest face and figured there was no point in making his life any more difficult than it already was. "It's a kind of protestant," I said, fudging things a bit, but wiping the pained suspicion from his face.

And so it was that the two tags that hung around my neck as they did for every soldier read "UNITARIAN." At the time, it was as far removed from religion as I could think of while still toeing the religious mark.

And because basic training was full of training exercises and mental conditioning, my religious preference damn near got me out of going to the mandatory religious meeting that was part of basic training -- one for Catholics, one for Jews and one for Protestants. When my squad leader asked me why I hadn't lined up for one of the segments, I told him I was a "Unitarian," hoping he wouldn't know what it was and would be too embarrassed to ask and so I might avoid another droning meeting where little or nothing would be learned. My squad leader was not quite that stupid. Close, but no cigar. "What's that?" he asked. And I was forced to say something, after which he sent me off with the Protestants to listen to a spiritual pep talk.

More than that, although I didn't know it at the time, I learned something about the culture in which I lived. I wasn't a raucous atheist or anything. I just didn't care much for religion and wasn't above the occasional snarky riff. But I was educated: Learning about what didn't/doesn't interest me is worth learning. Religion in the military is a terrific bit of contradiction and hypocrisy, but it's human and understandable and, more important, it's enormously popular. Anyone with two brain cells to rub together knows that when in the midst of a popular belief, it is wise to investigate before contradicting.

I survived the military's nod to spirituality as I had survived morning and mealtime prayers in a high school founded by a religious organization. Likewise I survived Bible class and am grateful I was forced to take it. No one pissed and moaned about "church and state" -- Bible class was just part of the curriculum. Those who believed something else were not excluded ... in a culture that is Christian-based in its majority, they were simply being educated to their surroundings. Education is more important than belief ... even very politically-correct belief. 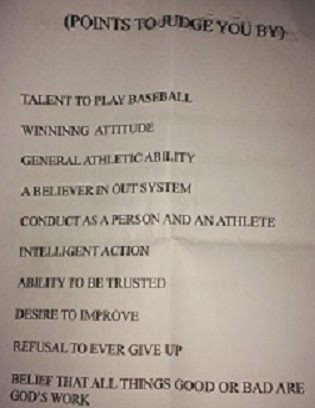 This morning, a friend sent along a blog critique entitled, "Not a very PC thing to say: How the language police are perverting liberalism". The target of the essay is a Mississippi school district that has refused to honor court rulings on the inclusion of "God" et al in its curriculum. The court said don't do it; the school district said up-yours. Atheists, humanists and those with minority sexual preferences take umbrage at their exclusion within what might be thought of as a kind of Christian sharia. Its cruelty can be a no-kidding-around matter.

But it also occurs to me that if everyone is acknowledged and everyone is 'included,' the real-time impact of a particular point of view is often reduced to pablum. If human beings could actually be corralled and defined within an ethical barbed wire, how true would that be? It might be kinder and less cruel, but how true?

Isn't a part of America's current disenchantment with politics the recognition that bamboozling the electorate with no clearly-stated position is hardly the truth? Being all things to all (wo)men really won't wash... in politics, religion or personal relationships. And if that is true, then perhaps it would be better to investigate the leaning that actually exists and ....

Survive on a more realistic, better informed and less politically-correct footing. Until there is some honest understanding of why your personal-favorite idiots might think what they do, won't we all remain idiots?