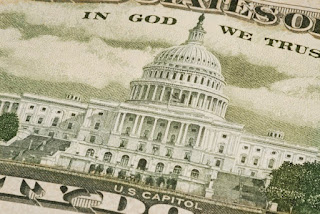 Jean Shepherd was a saucy writer and radio raconteur whose novel "In God We Trust: All Others Pay Cash" was published in 1966. I was not alone in the late nights when I would listen to his radio monologues that challenged various bits of America's conventional wisdom.

Looking back, rightly or wrongly, I see both the conventional wisdom and the challenges to it as a natural outgrowth of the hellish uncertainties that had been World War II. War challenged the comforting and unexamined trust that peace can instill.

But the rigidities of that trust could be and were stultifying and Shepherd called them out. He was, in his time, a bad boy when so many were trying to reclaim the goodness and ease that rests on trust. White picket fences and an idealized family unit were such a relief in the wake of so much horror. Shepherd was a skeptic and, in his time, I was a teenager and therefore a skeptic as well ... though my skepticism was far less informed and well-stitched and fun than Shepherd's.

Trust and skepticism ... but mostly trust is where my mind wanders this morning. In Shepherd's time, the Internet had no footing and as a result he was among the lone and lonely voices that pointed out a needful skepticism. But nowadays -- 50 years after "In God We Trust..." -- there is so much room and reason for skepticism that it feels as if the shoe might be on the other foot: Is there no where and nothing in which to trust? Is there a visceral demand (the one 2016 presidential wannabes would love to tap into) for a trust that will be requited? Will people shed blood in order to assure some version of that trust, whether or not it is warranted?

Skim the Internet for institutions in which Americans have lost faith and the list goes on and on and on and on. Here's one example. Schools, politics, banks, Washington, doctors -- poll after poll finds a dwindling faith or trust. The military fares better than most, but not that much better.

But if you doubt everything, what do you trust?

Do you trust the doubt?

What interests me is the real, rather than slick, answers. Is Tennyson right: "'Tis better to have loved and lost/ Than never to have loved at all?" Is the longing for an undoubted assurance worth even the price of being another duped fool? For many, I suspect, it is, although no dupe ever thought of himself as a dope.

Skepticism has its wiles, not least the come-hither invitation to be skeptical of skepticism.

What a merry-go-round.
Posted by genkaku at 8:59 AM