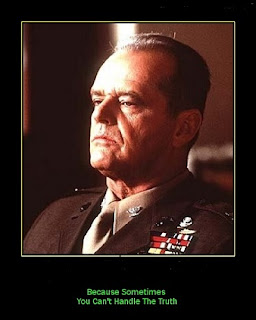 My wake-up ritual in the morning is pretty much the same each day: Take the obligatory pills, make coffee, have a smoke and some small exercise regimen and then spin through several wire services to get a sense of the day's news.

The last-named exercise begins with the Associated Press. It's the biggest, even as its quality dwindles. And the daily AP index item that galls me the worst each day is entitled "10 Things to Know for Today." It's lead-in reads, "Your daily look at late-breaking news, upcoming events and the stories that will be talked about today." This mawkish pandering appears to lend a hand to the busy and intellectually-challenged generation that feels naked without a smart phone of some sort. In fact, I suspect it is a desperate plea for plummeting advertising revenue: I'll just pretend to have your best interests at heart.

News, from where I sit, is a series of stories, chosen by editors who make their decisions consciously. They don't claim to be right or complete. They bite the bullet and make a choice. The reader is tasked with deciding what is important and what is not. One thing is for certain: The choice is not determined by what anyone else thinks or talks about... or, perhaps it is to some extent, but making a personal decision based on what someone else thinks or says is a fragile sort of existence in the end.

I read the Associated Press, the BBC, Reuters and The Guardian. I would read the Washington Post (which has a command of ordinary language) or The New York Times (whose self-referential outlook is a bit much to stomach) but there are too many hoops and not enough pay-back.

Closest to my cup of tea is United Networks, a compendium of stories that, while narrow, simply puts the stories in headline form and links to the stories themselves. It is up to the reader to stop and bask. The narrowness of its links becomes a bit wearing, but at least it lacks the Fox News sniveling for attention.

Bit by bit, the old yardstick of who-what-when-where-why-and-how that used to guide news stories devolves into stories that are top-heavy with innuendo and a pretended ability to see and report not just (if ever) on what has happened but also on what will happen. I call it asshole reporting... a Department of Homeland Security approach.

My opinion is not so much important. What I do count as important is how stupid the next generation insists on being and which organizations will pander to that stupidity.
Posted by genkaku at 7:15 AM