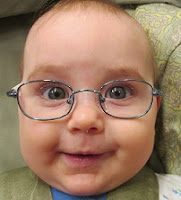 I wonder to what extent the activities of this life are -- directly or indirectly -- an attempt to somehow capture and tame life -- to net it like some rabbit and stuff it in a gunny sack, to encapsulate it, stuff it in a back pocket, and claim it as being under control ... and then walking on, at last content.

I think this is probably pretty common, not that it matters much.

But to the extent that the observation is correct and perhaps compels the seeker, I think there is an all-too-obvious fly in the ointment -- so obvious that overlooking it takes an act of will the seeker is willing to expend.

In order to lay the snares of philosophy or religion or just plain mental masticating in an effort to tame the beast called life, you have first to be alive. Sneak up on things all you like. No matter how swift or wily or well-versed anyone might be as s/he laid the traps for life, still life would have beaten the seeker to the punch and the entire exercise amounts to claiming to see when seeing is what anyone already does.

Just because it sounds idiotic -- and perhaps is -- is no reason to scoff at the heart-felt searches for the 'meaning of life' or whatever anyone wants to call it. After all, people have to do something and idiocy is a perfectly acceptable pastime, I'd say.

Still, it's a bit peculiar, sort of like your loveably dotty aunt searching for the glasses on the bridge of her nose.
Posted by genkaku at 9:22 AM