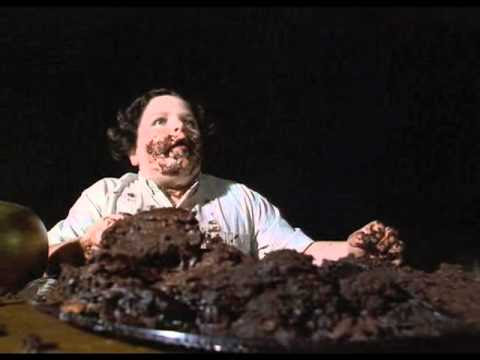 With all the other wonders and woes in the world -- the wretchedness of the Syrian civil war that deprives and elevates so many; the economic disparities that have individualized and pointed effects; the prevarications and sage wisdom; and whatever all else -- it is a strange marvel to me...

This morning, like a butterfly floating above an endless sea of flowers, my mind settled and sipped and suckled at one perfect and particular flower, a flower not much different from the rest and yet so perfect as to invite and envelope and fulfill for the moment.

The flower's name was "Bruce Bogtrotter."

Bruce Bogtrotter does not have the distinction of being as non-fictional as the wonders and cruelties of the daily news. Bruce Bogtrotter is a fictional creation in the English novelist Roald Dahl's tale/movie "Matilda."

My own feeling is that although Bruce Bogtrotter may be fictional, still, everyone knows him. Intimately and personally, both in the world and, more important, within -- knows him. Bruce Bogtrotter is the fat kid at an imaginary school for children in the 8- to 10-year-old range. The wonder of Dahl's stories lies in the fact that whereas they may have happy endings, still he addresses the very real fears and thorns that plague his constituency ... Dahl is more like life and less like Disney or white-whine 'caring.'

Bruce is fat. Bruce loves sweets. Bruce is, like the rest of us, not entirely sure how it was he got to be what he is, but he can tell by looking at those around him that he does not quite fit. Different from the rest of us, his obesity and  love of sweets cannot be smoothly concealed: What might be kept secret and under control and camouflaged by others is obvious and vaguely humiliating for Bruce. How he would like to fit in, to hide his failing and be more fluid in life's pecking order. He's a sweet and sensitive person, but when have children or life cared much about how sweet and sensitive anyone was?

Bruce's high point in the movie comes when he is forced to feast on his frailty. The head of the school  Bruce attends discovers that Bruce has snitched some of her favorite chocolate cake. As punishment, the principal gathers all the other children in an auditorium, stands on the stage with Bruce, and forces him to consume the entire, enormous cake.

It's a grueling, inconceivably-difficult task to be forced to face and digest this frailty-made-real ... not run from it or camouflage it or step around it or control it, but eat it right down to the last crumb. No more cover-ups, no more pretense -- just an inescapable embrace which shows every sign of being lethal. The principal's vindictive intent is clear -- she will strip this fat kid of his camouflage and watch him grovel and make sure the other kids see him groveling and thereby learn that groveling before authority is best.

And somewhat to his surprise, Bruce does it. He eats the whole cake. And more than that, he wins the applause of his fellow students ... and the explosive wrath of the principal whose vindictiveness has been thwarted.

Yup -- Bruce did it. Faced the frailty in front of one and all and most of all in front of himself ... and did it.

And it didn't kill him.

Bruce Bogtrotter may not have lost any weight in his effort, but I can certainly imagine that things became a lot lighter.
Posted by genkaku at 8:48 AM