transmission of the giggles 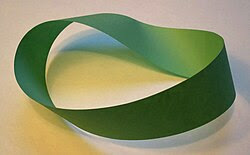 Last night, a friend and I were talking on the phone. Both of us qualify as what others might call "old farts" ... with all that that implies ... slower, weaker, more forgetful, and capable of remembering other times with an intensity that is not often applied to the present.

"The weird part," I said, "is that I know exactly what you are talking about."

And the two of us fell into a fit of the giggles: ... an attack of miasma attended by recurrent bouts of Malaysia.

Logically and linguistically, it made no sense at all. There was no reason to suspect that anyone else might find it funny. But simultaneously, for the two of us, it made spot-on sense; it was absolutely true and clear; the perfect description of a perfectly comprehensible state of mind. Somehow, the observation abandoned the realm of ordinary language and entered a world of true communication.

We batted the matter back and forth for a few minutes, putting new and revised usages to work. And through it all, we giggled. It was fun to be silly -- healthy and lively and just-this-side of nuts. There was a subtext danger that the two of us might slip entirely off the linguistic cliff and into an abyss in which words and language lost all coherent meaning ... an abyss in which any word might mean any thing. But we hadn't entirely fallen yet and so, holding on to meanings by a thread ... we giggled.

It has been some time since I just giggled and the delight it brought with it was like a Möbius strip on which the giggles seemed to turn back upon themselves and create more giggles. Reason and reasoning lost their footing -- a footing that was over-hyped by half.

The important part to all of the above -- which is a bit like trying to explain a joke -- is the giggles. Just the giggles. It's like taking a perfect shower in which everything becomes entirely clean and revived and new. Just giggling.

Once upon a time, a long time ago, a friend of mine who was visiting an ashram in India sent me a brochure that outlined exercises recommended by the resident guru. And one of them was this: When you wake up in the morning, and before you do anything else, just lie in bed for five minutes and laugh. I lived alone at the time and decided to try it. At first, the effort was forced and somehow embarrassing... lying in bed, pretending to laugh ... heh-heh-heh. But I kept after it. And suddenly, my gawky efforts really did strike me as funny. It was ludicrous and silly and mildly nuts, but since it wasn't hurting anyone else, I let it run its course. Silly, sillier, silliest ... I just got to laughing without any effort at all.

Could anything be more sensible?
Posted by genkaku at 9:37 AM