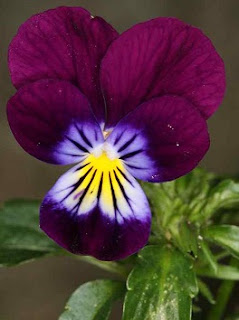 Act with care but steer clear of goodness.

That little snapdragon of a thought came to mind this morning in the wake of a movie review that was passed along in email. "Zen and War: A Film Review," which I read with less attention than it probably deserved, reprises the complicities of Zen Buddhism in the war that Japan waged in China and elsewhere. It is carefully and forcefully and literately argued, as far as I could see.

But the particulars of the indictments fell out of my spotlight, somehow. What a lot of well-camouflaged hypocrisy goes into institutionalized religion's virtues. The bill of particulars deserves to be outed, but more than those particulars, from where I was sitting this morning, is the need/plea/demand of the human condition to imagine it is doing something good.

Institutionalized religion will occasionally tug a humble forelock and concede that there is a rotten apple or two in an otherwise nutritious barrel. But the unspoken assumption is that the barrel nourishes and is good. I certainly wouldn't argue for the opposite -- that the barrel is, of necessity, rotten. But I am interested in the notion that a great and good notion is necessarily great and good and therefore the institution deserves the power of an assumption. The Vatican did what it could to posit this position when pedophile priests grabbed the popular spotlight: "Yes, we have our problems, but the foundation is firm and good and holy" ... something like that.

But the Vatican is hardly alone in sustaining the goodness of what so much effort demands ... a place in the goodness pantheon. Zen Buddhism contributed to the mind set of death and destruction in the face of a precept that says pretty clearly, "don't kill." But even as anyone might comb the institutional landscape and turn up one hypocrisy after another, it is the bathroom mirror that impresses me more:

I work so hard to do something good that it must, both institutionally and personally, be good. The alternative is too distressing. I want to think well of myself because, because, because ... well, I just wanna and there's the end of it. A rotten apple or two, sure, but the barrel that looks back in the bathroom mirror is, because I say so, nutritious and good. Call me Mr. Vatican.

I wonder if goodness is just something to outgrow, like acne. Or is it perhaps not outgrow-able? Is there anything that enriches a nest of vipers more than the application of goodness? And what of the sense of loss -- so vast, so vast -- if goodness is set aside? The Vedas weren't whistling "Dixie" when they came up with "the razor's edge."

Whatever it is, I think my little snapdragon is pretty close to the mark. Not good, mind you, just pretty close. I'll try to keep an eye on it.
Posted by genkaku at 9:43 AM