how is "pollution" not "terrorism?" 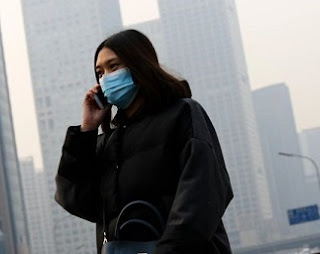 [BBC] Schools in Beijing are to close and outdoor construction to stop after the Chinese capital issued its first "red alert" over smog levels.
The red alert is the highest possible, and has not been used in the city before, the state-run Xinhua news agency says.
Authorities expect more than three consecutive days of severe smog.
Cars with odd and even number plates will be banned from driving on alternate days.

And, all-but simultaneously in the United States,


President Barack Obama on Sunday laid out the most sweeping defense yet of his strategy to defeat Islamic State, but he offered no U.S. policy shift to confront what he called a "new phase" in the terrorist threat after a mass shooting in California.

With the word "terrorism"infiltrating increasing numbers of nooks and crannies of the social consciousness, I wonder at what point analysts and alarm-ringers will get around to the notion that pollution is terrorism.

On the one hand, how is it not terrorism when pollution affects swaths of human beings and probably has a hand in slaughtering them. On the other hand, of course, declaring pollution to be a very concrete, if subtle, form of terrorism would call into question the income streams of those bathed in wealth and power. 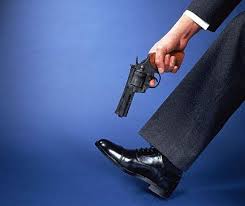 Death has always been a price the wealthy are willing to pay -- your death, not theirs -- but when the sources of their comfort are whittled away by their own forward-looking institutions and industries ... oh dear, what a conundrum.

Beijing all but shut down. Imagine that. All the ideology in the world falls flat on its face.

Pollution as terrorism ... we'll see if anyone has the nerve to float that postulate and then follow the Yellow Brick Road outside the routine whining and knicker-twisting..
Posted by genkaku at 8:08 AM