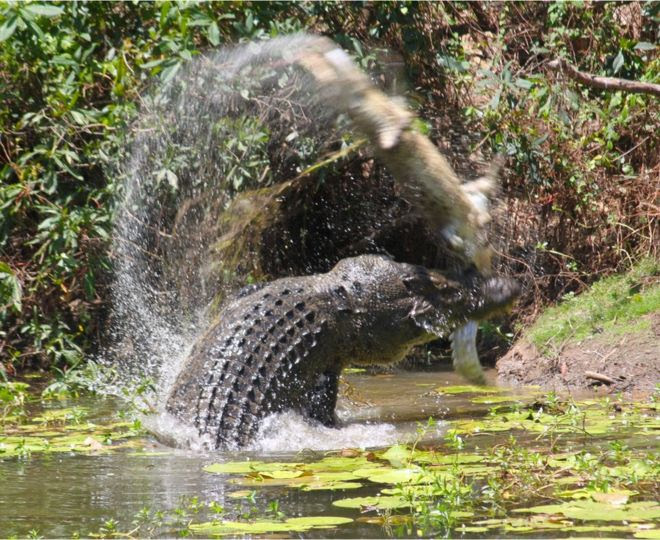 Tourist photos of a larger, salt-water crocodile eating a smaller, fresh-water relative in Australia gave the BBC an occasion to issue a list of croc warnings... advisories that suggest whatever anyone's worries might be -- from climate change to Donald Trump -- at least they probably don't have to cope with crocs. And you thought you had a problem....?!