things are getting wrecked 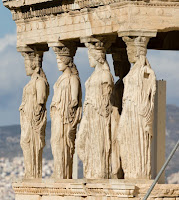 Of late....
First one black man is shot dead by a police officer ... just the latest in what seems like an unending laundry list whose particulars float only slowly -- if at all -- to the surface and leave the onlooker feeling that brown is not a color anyone might want to be where largely-pink men with guns are charged with keeping public order.

First one black man is shot dead.
And then another.
And then a black sniper targets and kills Dallas police officers.
An American-born man shoots and kills 50 in an LGBT bar in Florida.
And then a van driver plows into a Bastille Day crowd in Nice and leaves some 84 dead. There were said to be grenades and weapons in the truck. What's that about?
Donald Trump, a man of boisterous, self-referential passion and little if any discernible principle, is about to become the Republican nominee in the 2016 presidential election.
Income disparity is acceptable as long as I'm getting mine.

I would show the links to each of these events/observations, but it's tiring and adds to the sense that things are falling apart; things are getting wrecked. Let someone else look it up. I'm not making this shit up. And there is plenty more like it, all abetted by an Internet that has tsunamis of information.

It is a time, unless I am mistaken, to feel lousy in both wide and narrow senses. I am no longer interested in threadbare observations that "everything changes." I want a little peace, however ephemeral.

Instead, there is only the vague hope -- of which I am skeptical -- that singer and poet Leonard Cohen may be right:

There is a crack in everything. That's how the light gets in.

I am interested in light, not poetic or religio-philosophical observations about it.