Yesterday was an amalgam of sorts ... a little like walking on a sandy beach on a sunny day, tiny bits and pieces of mica glistening and twinkling for no particular reason, come and gone in an instant, miraculous and boring-as-oatmeal mundane before anyone could say a single word ...

Out of nowhere, a Spanish publisher requested the use of several photographs of Carson McCullers that my mother took in 1944. As we exchanged several emails, I dug out the tattered album in which the pictures were saved and scanned them against the time when I expected to send them along. The pictures were take at Yaddo, an artists' colony in upstate New York. And there, in the same time frame as McCullers, I was ... four years old in 1944 ... sixty-nine years ago: Was I really that old?! How did anyone get to be old enough to look back 69 years? What had happened in the meantime, the time between then and now? The thoughts were more surprised than sad ... seriously, how did that happen? What had I thought, at 4, of all those imaginative people at Yaddo? Driven, serious, wonderfully artistic ... I imagine I thought they were weirdly weird ... but powerful, like all grown-ups. What did I know then ... or now either, come to that? The thoughts as spelled out are leaden on the page: In fact they came and went like mica glistening on the beach ...

Just as I was wrapping up my scanning efforts, Bill knocked at the front door. Bill is my always-immaculately-scrubbed financial hand-holder. He is invariably pleasant in a way that seems to camouflage his honest decency. Bill wanted me to sign some papers, which I did, and then, as in the past, we got to gabbing. "What do you think of the new pope?" he asked. The question caught me a bit off guard until I remembered that Bill counted himself as a Roman Catholic -- a topic we had discussed in other times. Bill found reason to hope in the ascension of the lately-appointed Jesuit, Francis, whose early activities seem to point to a Vatican less buried in ritual and riches. I said I agreed that Francis was a change from rigid potatoes but wondered how well he would fare when the systemic trip-stones of a Catholic hierarchy came more into play. I wished the pope well but had serious doubts. Institutions are institutions ... offering guidance on the one hand, shutting off the blood-flow on the other. 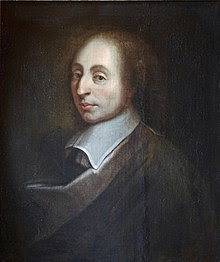 Bill was bright-eyed with optimism. Of course, he explained, he wasn't concerned too much with the machinations of the institution: His relationship with God was "direct" -- a "vertical" relationship in which his communion was outside the boundaries and vagaries of any institution. "But if you have a direct connection with God," I asked, "why bother being a Catholic?" Bill nimbly segued into free will Pascal's wager and the hope that at "the end of the trail," he would be greeted with the words, "well done, my good and faithful servant." I am sure Bill felt that he had answered my question. For my part, it reminded me of one-time Yankees manager Casey Stengel's malapropism that made perfect sense: "If the fans won't come out to the ball park, you can't stop them" It also reminded me of the Zen teacher Rinzai's observation to his monks, "Your whole problem is that you do not trust yourselves enough." If I were a Christian, I would pray for Bill and others like him. But since I am not, I will take responsibility for a small sense of sorrow. Who the hell do I think I am, being sad?! I let the subject drop and soon enough he was out the door and back to work, a flicker of mica come and gone.
and the human propensity to fuck up. His outlook seemed to be based as much as anything on

After Bill left, I wrapped up the scanning and drove over to the local convenience store to buy cigarettes. I vaguely recognized the man ahead of me in line, the one who was busy turning in a winning lottery ticket and then buying 10 or 15 new ones. His hair was grey, his face wrinkled and his seriousness apparent as he chose from the vast array of tickets for sale.

From the convenience store, I stopped off to see my bodhisattva car mechanic Jose, a man I trust to be the man he is. I explained that the battery cable on my son's car was loose after a cleaning I gave it. It made me nervous. Jose gave me a smile and a small washer with which to tighten the space between the cable clasp and the battery post.

Driving home, I listened absently to a description of the Boston Marathon on the radio ... an Ethiopian man had won with a Kenyan woman claiming similar laurels ... both covered the 26.2 miles in something over two hours and ten minutes. Impossibly fast in my mind.  The bombs had not yet gone off. Twinkle, twinkle.

By the time I got up from a nap, the bombs had gone off. Three people were dead. Some people had had limbs sheared off. 140 were otherwise wounded. An unthinkable horror made all the more horrific by the fact that it was so plainly thinkable. Spread the mental, explanatory arms as wide as you like and such an event cannot be laid to rest. It twinkles and gnaws ... wide as the wind ... edges always out of reach.

And then there was a letter from my son who is undergoing military basic training. In his microscopic but neat hand, he quoted from one of the few books he was allowed to read while undergoing his training -- something called "The Warriors Ethos." He loved the quote that was written with reference to the Spartans:


In other words, the lessons we learn are not wasted. The virtues we acquire during our time in the warrior archetype we can use when we mature into the husband and father, the mentor, the king. We get to keep these -- and profit from them -- our whole lives.

In another context, I would not have been affected. But the context I was reading in was the context of my son and I was conflicted. On the one hand, there is nothing like disciplined experience to shape and guide in nourishing ways. On the other hand, there is no such thing as an utterly good event or person or persuasion: What is nourishing can be likewise toxic. But no man can tell this to another, however much I might want to tell it convincingly to my son.

Christ, how compelling uncertainty can be!

A direct connection to God.
Well done, my good and faithful servant.
Lottery tickets that will....
A bomb blast on an ebullient and sunny day.
A loose cable which, when tightened, might provide some driving certainty.
An encouragement that asserts kinship and expertise and a certainty of agreement.

What is it that is so hateful about uncertainty? Anyone can look at his or her own life and bear witness -- experiential witness -- to an array, a horde, a tsunami of uncertainties, little and large. Things never turn out precisely as predicted and yet the attempt to beat back the facts seems to be nourished rather than extinguished by the plain-as-the-nose-on-your-face facts. Why must uncertainty be so galling, so purely anathema, so pleading and cajoling ... pleasepleaseplease give me certainty! Please let me be at peace in something -- anything! Knee-jerk responses like, "no one wants to die" may be true enough, but what about the rest of the panorama, the other parts of life in which certainty is the desire even as uncertainty is the fact? What, precisely, is the matter with uncertainty? (OK, OK, for those positively frothing at the mouth to say so we can be diverted by "ego" or "attachment" ... but still...) What is so hard about turning things around and acknowledging without hesitation this fiendish foe?

I was no different ... yearning as I did to beat back the uncertainty of what my son was learning and what he loved. I wanted to protect him from the factual fallout of life ... of espousing a good thing that is never faultlessly good, whatever its promise and delight. I did not want to turn him into some knee-jerk cynic ... but just ... but just ... well, I didn't want him to be hurt and yet knew in my heart of hearts there was no damned way in hell to prevent it. I too hated uncertainty. I too scurried for the protection of certainty. I too neglected the facts and elevated the fancies. Twinkle, twinkle.

In the evening, I watched a CBS video segment that James Ford put on his blog without remark. Entitled "Religion & Spirituality in a Changing Society," I watched it in the same way a high-school student might memorize foreign-language verb tenses... it's homework, however sparkless it may be. But I did watch all of it, wading through the advertising that dotted the documentary. Sincere and sometimes intelligent people shaped the video. It appeared serious. Those interviewed, particularly expositors of the spiritual aspects of life, smiled a lot. I watched because I think it is both discourteous and stupid not to take some measure of an environment in which I find myself. So I watched. And came away feeling strangely lonely and unfed -- as if I had ordered a plateful of chicken wings and was vainly seeking some bit of meat on an already-cleaned bone. The meat of uncertainty, perhaps... not just some smiling, intellectually-astute appreciation, but the up-close-and-personal, ravening nature of uncertainty ... the no-bones-about-it, wracking bomb blast in Boston. OK ... smiles are OK. I'm no fan of enforced and manipulated tears or the fires of some well-imagined hell, but some smiles are more delightful than others. I love to see people smile ... but I also wish them meat on their chicken wings.