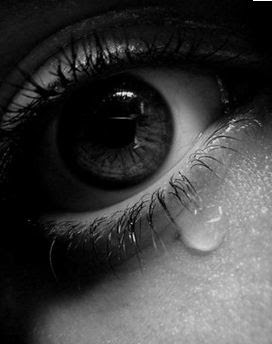 the sky is blue, water flows downhill, math sucks, Suzy is beautiful, the children are sometimes insufferably noisy, money is tight ... no matter what the age, the data gets processed, stored, regurgitated, dissected, connected.

And one aspect of that whole lifetime's worth of experience is the recognition that no matter how well plotted or how well planned, the future never (ever) comes true as imagined. This can be ignored under the heading of, "well, it pretty much came true as I said/thought/hoped it would," but the fact is that no one can precisely and with certainty predict the future. A marriage that started out on a joyous footing becomes more nuanced. A friendship falls prey to betrayal. A lifelong enemy becomes a friend. What was looked forward to -- good, bad or indifferent -- never comes precisely and exactly true.

No one makes a big deal out of all this. It is just the teaching of this life experience ... whether in the moment, the day, the week, the year: No one can tell the future. This truth is experiential and amounts to a common sense that goes largely unnoticed. Unnoticed ... it's just that boring: No one can foresee the future.

And yet when it comes to the matter of death, a lifetime of experience is forsworn in favor of an ornate and comforting afterlife.

Leaving aside the matter of whether "after" or "before" actually compute when discussing "life," still it seems a terrible betrayal. True, the betrayal may seem warranted based on fear, but with a whole lifetime of experience in the matter of not knowing the future -- actual-factual, data-gathering, in-your-face evidence -- wouldn't you think that a bit more optimism could be brought to bear, optimism based on fact rather than fancy?

Consider ... a whole lifetime of evidence suggests that knowing or predicting the future is a pastime for fools and charlatans. Time after time, life proved us all wrong, to one degree or another.

But isn't it worth noticing as well? Sure, we were all wrong in trying to or imagining we could make spot-on predictions, but the fact of the matter is that despite being wrong, nothing exceptionally awful happened. We were wrong and survived it. The fact that anyone didn't know precisely the condition in which they would survive it is part and parcel of not-knowing.

But survive we did ... entering the unknown moment after moment, day after day, week after week, year after year ... and yes, it may have been a bitter pill from time to time ... but the unknown didn't turn out to be that bad, did it? Was it bad enough to be worth forswearing an entire lifetime of perfectly sensible, experiential data-gathering ... of pretending that just this once, in contravention of all previous experience, we actually could see into the future and what a bright and glorious future it would be?

Sometimes I think what passes for spiritual succor has a good deal to be ashamed of.
Posted by genkaku at 10:12 PM