Not that the world is actually a dangerous place, but sometimes I think the heart-felt human longing for safety and relief deserves to be filed under "Forgivable Fairy Tales," right next to "Santa Claus" and "The Easter Bunny." 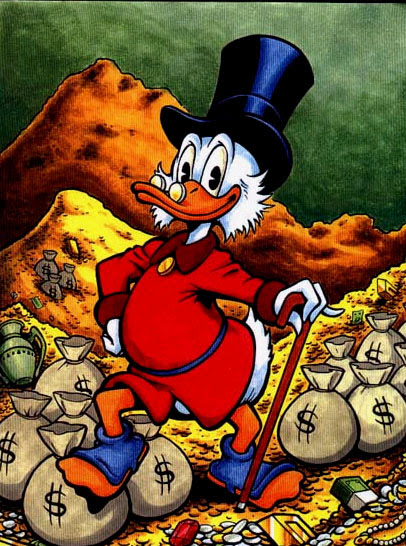 On Saturday, a subcontractor for the bank I patronize called to ask about a couple of suspect credit-card charges, one for $240 and one for $38.60. The charges had been flagged because they seemed to be out of the ordinary, given past spending trends. I told the pleasant young man that, no, I had not been to Canada recently and I was very rarely up at 4 a.m., the time when the larger charge had been made. Likewise, I had not been to or charged anything at a bookstore in California, where the smaller amount had been debited.

While I had him on the phone, I asked the pleasant young man how the hell this had happened. I don't walk into stores waving my credit card and calling out, "Yoo-hoo, everybody! Here is my pin number!" The pleasant young man was pleasant. He knew he was talking to one of those older people who didn't have a clue about how the world went around. He gave me short course on the various ways in which credit card theft occurs. Sometimes a card is boosted online. And sometimes, the determined simply make up random credit card numbers until they find one that actually exists and they can access it. In the end, it didn't much matter what firewalls of protection anyone donned ... where there's a will to protect, there's a way to outwit.

Last night on TV, news man Bill Moyers revisited an earlier story entitled "The United States of ALEC," an investigative piece about an organization that tinkers for its own ends with such democracy as remains in the various united states.

The American Legislative Exchange Council is a conspiracy nut's wet dream, only in this case there is no fantasy about who is getting screwed. The group is composed of big money, big business, and big politicians, all of whom, while remaining below the legal radar screen of what it means to lobby, have managed to attain a 20% success rate when influencing state laws that might otherwise hinder their power-and-income ends.

Labor, education, law, environment, guns, religion, politics, and a host of other issues have been credibly affected by ALEC. Their activities, for the moment, are all legal within the democratic system they seek to subvert. ALEC is huge and amorphous and is filled with men and women who are impeccably dressed ... and, like many conservative entities, knows that what's good for you resides first and foremost in what's good for them.

After watching the Moyers segment, I checked my email and found a note from an acquaintance who had suffered at the hands of a spiritual guru, a guy named Andrew Cohen. Of Cohen, Wikipedia says, "Mind Body Spirit magazine listed him at Number 28 on their 2012 top 100 most spiritually influential people alive today." (I'm sorry, I can't help myself: Who makes this shit up???!!!) His mother describes him as the "sweetest, sensitive kid, [who] had changed into an unrecognizable tyrant." The email came from Bill, a former disciple who had been deeply hurt after serving and admiring Cohen.

Bill sent a link to a long, 'thoughtful,' 'even-tempered' assessment of the enlightening universe Cohen presides over. The link suggests Cohen may be trimming his own sails. Bill knew that I had been involved in similar sorrowful shenanigans in Zen Buddhism. There was a kinship of experience ... outrage, sorrow, resentment, confusion ... and the presumption that the assessment of Cohen would bang my chimes. Well, it did ... I couldn't read the article with much interest. Truth to tell, I didn't try very hard. And given the fact that manipulating others can set my hair on fire, I wondered why.

Laziness probably. Old age maybe. I don't feel as if anyone should lie down in the warming ooze of over-arching 'spiritual' understanding and thus excuse very real depredations, but will someone please tell me the place or time in which such depredations do not exist, whether in actuality or potential? Is there an honest-to-god situation that spells safety and relief in any credible way? And if there were, would it be credible? Sleazeballs, like saints, are a dime a dozen. Is there something extraordinary about this?

As I say, I can see no reason not to raise hell when hell needs raising, but raising that hell under the banner of some Santa Claus or Easter Bunny that can provide safety and relief ... well, I doubt it, and more, am increasingly unwilling to say that I don't doubt it.