The sorrow and horror that rose up yesterday is, like all potent emotion, on the wane today and yet lingers, lingers, lingers. As closely as it can be categorized and made bite-sized, it is like being hog-tied and tossed into one of those graves with impossibly-squared-off corners. The smell of the earth is rich and wonderful, like spring in a corn field ... the soil purely begging to grow whatever might be planted ... and yet 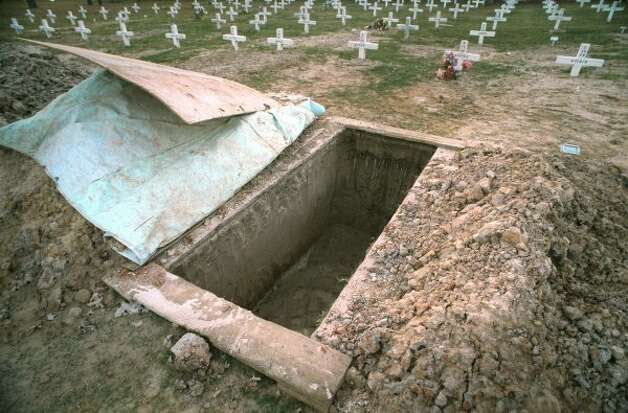 up above -- etched against a blue-on-blue sky -- some perfect hand is filling in the grave with a tea spoon. What harm could a teaspoon do ... the earth so nourishing and rich ... teaspoon after teaspoon after teaspoon until the dread and sorrow take command. However incremental, this is death. It is beyond the facile realms of "pitiless" or "horrible" or other socially-acceptable bits of "there, there" hand-holding.

I cannot say that I am right and others are wrong. The arrogant angers of the past is minor stuff. I can, however, take a swing at what is purely my emotion ... a sadness I cannot compass, a dread more dreadful than dread, and, whispering from the bottom of the grave, the horror. Visceral, edgeless and incoherent. Teaspoon by teaspoon by teaspoon.

It began yesterday when a friend sent along a video of Eido Tai Shimano's concluding talk at a sesshin or Zen retreat held May 10-15. After first assessing how long the video clip was (nine minutes and change), I watched it. I can do pretty much anything for nine minutes so I watched. And it was from that point that the incredible sorrow -- molecule-deep sorrow and horror ... wracking -- kicked in.

Eido Shimano came to America in the 1960's and helped to build a Zen Buddhist organization whose most concrete exemplars were a town-house Zen center in Manhattan and a monastery-like building in the Catskill Mountains. I studied for nine years within his precincts beginning in the 1970's. I loved Zen practice somehow -- deeply and with the sort of awe and confusion and devotion and determination that I think other students may have felt in their own ways. I remained in Shimano's bomb zone until his sociopathic depredations -- the sexual manipulation of female students being the most high-profile -- became too much for me. When I left, I was confused and angry and felt betrayed ... but those were, however painful, minor matters. Later, I would become involved in efforts to lay out Shimano's chicanery -- a chicanery best depicted, perhaps, in The Shimano Archive: This son of a bitch deserved to be brought down! And so, bit by bit, he was reduced in stature: His legend, both in his own mind and in the minds of others, was deflated ... not perfectly perhaps, but in some measure. The video attested to a hoped-for and perhaps-attainable resurrection as a "Zen master" and teacher of "true Rinzai Zen."

Watching the video yesterday, I wondered how many years Shimano had devoted to what he called "Zen practice." Was it 50 or 60? Imagine that! So much time, so much effort, so much accomplishment and ... and here's where the sorrow and horror overwhelmed me ... the upshot, at least in my heart and mind, was purely the most horrific and sorrowful thing I could imagine in spiritual life ... the upshot was ...

To give the incoherence a rest for a moment, perhaps it needs to be said that any discipline -- spiritual or otherwise -- has its bureaucracies. These are the formatting agents, the rules of the game, the what-do-you-do-and-how-do-you-do-it parameters. There are rituals and books and lectures and histories. Facts and functions to marshal. Practice is built within the bureaucracy. Bureaucracy is the sine-qua-non -- the inescapable exercise weights that will nourish a strong man or woman. Little by little, the newcomer gains a footing which then takes on a subtler and subtler meaning and reach. The richness reveals itself -- the richness of bureaucracy. A man or woman could spend a lifetime uncovering the implications and profundity of a bureaucratic format.

But, as the old wake-up joke has it, "How many people ever lay on their deathbed complaining, 'I wish I had spent more time in the office.'?" What is the point of spiritual discipline? I wouldn't presume to lay down some uppity, bureaucratic generalization, but it strikes me as horrific beyond naming to be hog-tied and then buried alive, teaspoon by teaspoon, in the very nourishing bureaucracy that had once steadied the course.

Fifty or sixty years and the outcome was nothing more than bureaucracy? Excusing yourself at every turn? Elevating yourself at every chance? Lying on your deathbed wishing you had spent more time in the office? Where was the life and liveliness and unfettered enjoyment of spiritual life ... the real deal, the non-format-able ease, the genuine kindness, the laughter? I'm just asking, not trying to say "I know but he doesn't." And yet...

Once, when the congregation was in an uproar over his latest mean-spirited manipulation of one woman or another, Eido's teacher, Soen Nakagawa, then-abbot of Ryutaku Monastery in Japan, reportedly sat down with Eido to talk things over. And at the end, Soen was said to have delivered what I always considered the most powerful and shocking reproof I ever heard. Soen was said to have said, "Now it comes. Dead rock."

The molecular sorrow and dread and horror ... beyond weeping. To spend so much time and expend so much energy and then wind up as a functionary who does everything right and gets it all wrong.

And it feels lousy.

As a starving man might beg for food, so I beg without any other recourse: Learn the bureaucracy well, but by the living breath that assures this very life, do not surrender to the bureaucrat who would be king.