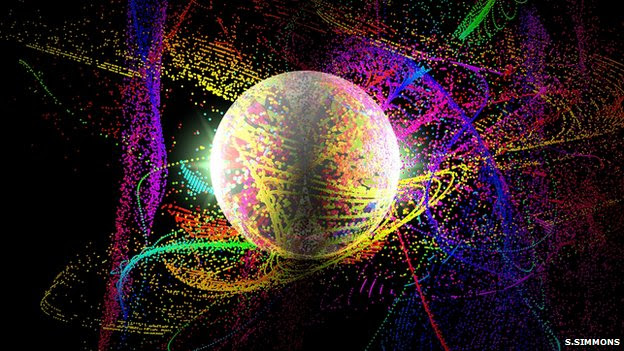 And, in the realm of things I don't understand, but somehow suspect are important:


-- A fragile quantum memory state has been held stable at room temperature for a "world record" 39 minutes - overcoming a key barrier to ultrafast computers....
In conventional computers, "bits" of data are stored as a string of 1s and 0s.
But in a quantum system, "qubits" are stored in a so-called "superposition state" in which they can be both 1s and 0 at the same time - enabling them to perform multiple calculations simultaneously.

-- An al-Qaeda affiliated rebel group in Syria is reported to have asked for forgiveness after beheading a fellow rebel in a case of mistaken identity.
A video recently posted online showed members of the Islamic State of Iraq and the Levant (ISIS) brandishing the severed, bearded head of a man.
They said was an Iraqi Shia caught fighting on the government side.
But other rebel fighters watching the video recognised the man and said he was one of their commanders.

Sounds sort of like the U.S. government with its button men in JSOC (Joint Special Operations Command) -- the guys whose largely unsupervised mission is to take out ... well, whomever the president designates as 'terrorists' ... and occasionally -- what can you expect? -- there is an error or two. Everything is moving so fast that there is little time for the ooops factor. Al-Qaeda had the good (if belated) grace to apologize. I wonder if the president has that kind of courage or political savvy. 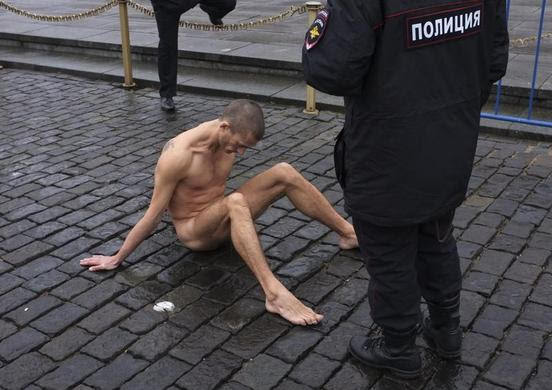 -- A naked performance artist who nailed his scrotum to Red Square as a political protest may face up to five years in prison, Russian media report.

Let me see if I've got this straight: A guy nails his balls to the sidewalk and is then charged with "hooliganism."


-- A BBC investigation has revealed concerns that young girls are being brought to Scotland to undergo female genital mutilation (FGM) because the country is seen as a "soft touch".... The cutting is carried out for a number of reasons but in many areas girls are cut to improve their marriage prospects. ...
Fatou Baldeh, of the Dignity Alert and Research Forum (DARF) in Edinburgh, is originally from The Gambia and underwent the procedure at the age of seven.
"I was blindfolded," she said. "Some people held my hands, other people held my legs.
"I remember I was screaming for my mum and grandmother, to help me. But no-one did."

Crying out for help and no one, not even the most trusted and beloved, hears: What a human experience.
Posted by genkaku at 8:47 AM