"The Zen Predator of the Upper East Side" 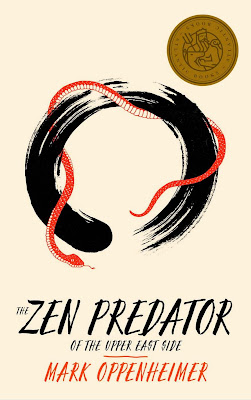 New York Times writer Mark Oppenheimer's "The Zen Predator of the Upper East Side" hit the electronic bookshelves this morning.

Here is the book description as offered by Amazon:


Nearly 50 years ago, a Zen Buddhist monk—fleeing a cloud of suspicion—arrived in Manhattan, penniless and alone. Eido Shimano would quickly build an unrivaled community of followers: Zen students he culled from the heights of New York society to form arguably the most prestigious Japanese Buddhist organization in the country. Authors, entertainers, and scions of vast fortunes, all questing for spiritual enlightenment, flocked to study and live in his spacious compound. But always there were whispers that things were not what they seemed.
With sexual-abuse allegations against Zen leaders in the U.S. now stunningly common, The Zen Predator of the Upper East Side examines a dangerously complicated corner of the tradition—and shows how aspects of Buddhist practice may actually facilitate abuse. Featuring exclusive reporting and interviews, the book is a powerful true story of secrets and sexual exploitation perpetrated under the guise of religion—and a cautionary tale of the dark side of Zen in America.