An email out of the ether came yesterday from someone I do not know. It was one of those emails that sniffed whatever piss-worthy fire hydrant I might seem to provide: Maybe, the writer suggested, he could come and practice zazen here. Nothing unusual in it ... and yet it provided an intriguing jolt. 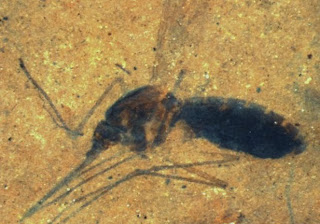 "Wow," the email began without further preamble, "this must be old school zen."

Without explanation or further detail, I stood accused ... but of what?

What the fuck was "old school zen?" Was it some oblique reference to the Alan Watts crowd or to the throng that put Zen forward as some group-hug, super-altruistic, magical mystery tour of improvement or therapy or imagined relief?

What the fuck did "old school zen" mean? Was there some new and improved and ever-so-much-more-hip school? And if this were the case, in what way did it differ from the fusty, musty gaggle of its predecessors?

While it is true that I prefer the words of teachers from the distant past (Obaku, Hui Neng, Hui Hai, Rinzai, Dogen, Ta Hui, etc.) what do my preferences have to do with anything that could even remotely be described as "Zen?"

"This must be old school zen." WTF?

To my mind, serious men and women today are not one whisker's worth of different from the Zen students (known or unknown) of the past. They too know that at some juncture, there is a need to serious-up in their lives. They too happen to choose Zen practice as a means of seriousing up: Sit down, straighten the spine, shut up, sit still and focus the mind. This is no hug-festival. It is hard work ... at least for those who choose it. Tea and cookies and "enlightenment" and "compassion" and "emptiness" can go suck an egg for anyone who makes this effort. Is that "old" school Zen? If you want hugs and kisses, talk to your mother. If you want understanding and honest kindness and a more reliable peace ... practice.

OK, I will probably never know what "old school zen" means. Perhaps I would be kool-er if I did.

A part of me would love to be kool and hip and with-it.

Another part of me knows that kool and $2 will get you a bus ride.