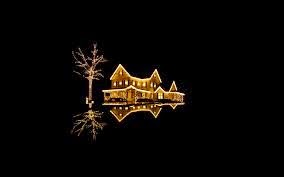 A bit gaudy and conformist, but it's what I could muster for a monthly column.

A 91- THAT NEVER LOST ITS VALUE


(Published in print: )
The traditions, like the lights, eddy and swirl, but among them is a recollection that makes me wince almost 50 years after the fact.

In 1967, I signed on to a three-week tour of the . After reading something like 200 books about the Russian Revolution, the adventure had a certain logic. , in 1967, was anathema to the , much as the Islamic State is today: Without an enemy, would be somehow diminished, somehow less mighty and good. Enemies nourished a sense of self-esteem. was the enemy du jour. I wanted to meet my much-maligned enemy.

Even before the tour group boarded our plane for the 17-hour flight, tour participants were treated to a class in Russian history and culture — a kind of quickie cheat sheet of do’s and don’t’s for first-time visitors. The factoid that stuck with me was the depiction of Russians as people who had a -deep revulsion about giving any sort of gift that was not given in complete openness and love: The Russians, we were told, did not give gifts the way many Americans celebrated Christmas — giving because they ought to.

Eleven days of the tour were given over to sailing down the on the Prince Yuri Dolgoruki. The ship would dock periodically so that we might get off and sight-see some historical or cultural landmark.

But one morning, I came on deck to find the ship tied up to a rickety dock surrounded by nothing but green grass leading off into nearby hills. This was, it seemed, to be a day of tourist respite — doing nothing but a bit of hiking and swimming.

I walked into the hills, inspected a small village composed of Lincoln-log houses, and was on my way back when I ran into five boys, aged about . They looked as playful and full of sass as any boys of that age. We approached each other with an equal curiosity and said some awkward hello’s since neither of us was much good at the other’s language.

And after a bit of distant but friendly silence, I motioned for them to sit on the grass. From my pocket, I withdrew a handful of change — a mixture of American and Russian coins. One by one, I placed coins of about equal value side by side — an American 50-cent piece and a 50-kopek coin; a 25-cent and 25-kopek piece; and so on down to a penny and a one-kopek coin. When I was finished and I could see that they had absorbed what I was saying, I gave each of the boys one American coin.
They looked pleased and I got up to return to the boat.

But about halfway to my destination, I heard a voice calling me from behind. One of the boys came forward shyly and held out his two hands, across which lay a 16-inch bit of twisted black and white twine. Each end was adorned with a black and white tassel.

It was clear he wanted me to take it.

It was equally clear that it was one of his prize possessions — a possession that reached down into his heart. He loved it, but more than loving it, something in him knew that giving what he loved was the way of the world. My gift was 91 cents. His was priceless ... and he didn’t have to think twice before parting with it.

I took the string and said thank you. I tried to look calm, but inside I was seething with a desire to take back my past, to reshape it and infuse my gift with more honesty. I wanted to honor my heart as he had honored his own. At the time, I wasn’t up to the task.

Having given his gift, the boy smiled with delight and scampered away to be with his friends: He had not lost anything; he had not gained anything. He had given and that was the way of the world and a joy. He knew it without any starch-collar instruction — as surely as a mosquito bite itches.

Tradition is nice but common sense is better: The gift is the giving, not the gift.

For years, I kept that string. In the midst of my accumulating of stuff, I always knew just where it was. But I never solved the loss of an opportunity to do as well as what that small boy had done without effort.

And then one day the string was lost. How and where I really don’t know. But it lingers in my mind at times like Christmas, stinging gently, its pedestrian message ever fresh: Give and be happy; receive and be happy.

Adam Fisher lives in . His column appears on the third Wednesday of the month. He can be reached at genkakukigen@aol.com.
Posted by genkaku at 4:36 AM