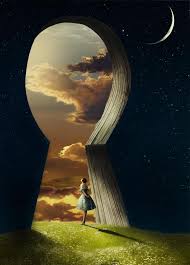 A variety of high-dudgeon critiques have been leveled against Sony for pulling "The Interview" from release before it was even released. The alleged send-up of a fictitious assassination of North Korean President Kim Jong-Un seems to have inspired Internet hackers to assault Sony's private files and out the company in various ways. At the moment, North Korea is getting blamed for the hacking.

Actors, directors and other imaginative types has spoken up loudly for the importance of freedom of expression and imagination. The lamentations can be heard right around the globe ... it's the principle that counts, right?

And yes it is.

But also, does anyone wonder at the uses to which the 'imaginative types' put freedom of expression into action? Insiders seem to feel that "The Interview" was a flop before it ever got out of the starting gate. It has now ascended to a laureled height -- not because it was shown, but because it was not. Can anyone name five recent movies that showed an imaginative bent that pushed the boundaries of freedom of expression?

The current situation reminds me of Mark Twain when he wrote to the Boston Public Library and thanked the institution for banning one of his books: The author was sure the ban would produce another 5,000 copies in sales.

In a certain sense, it is not the freedom that puts a burr under anyone's saddle. Rather it is the suggestion that someone might remove or truncate a freedom that is seldom if ever exercised. Without the assault on such an imagined freedom, there is a tendency to produce 'imaginative' products that have all the freedom of the Flat Earth Society, the creationist cartel, or the Department of Homeland Security.

I too will stand up for freedom of expression. But that doesn't mean I have to be convinced by what others depict that freedom as being. Whining isn't substance and bullshit is bullshit, no matter how free.
Posted by genkaku at 5:36 AM