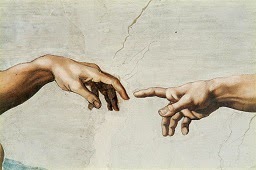 The best that can be said for a country 'governed' by laws is that it is an improvement on the alternative.

I first got some sense of this when, as a young reporter, I covered police and courts ... the starting point that a lot of reporters used to begin with.

Police was and remains an easy sell: "If it bleeds, it leads" expressed the yearnings of the civilized to seek out an often-uncivilized underbelly of their own human nature. Being naughty has a lot of allure.

But it was in the court that I began to sense what I think is true: Any social attempt to codify and guide human behavior is bound to fail: Human nature is more interesting than anything that could be found in a book.

Perhaps "fail" is too strong a word. Laws can really be quite good. But they cannot be "complete," cannot cover all the permutations of, say, a murder or robbery. Circumstances eddy and swirl in any given situation and so the crime invariably offers differing dollops of delight or distaste.

The crimes of the judicial system are not difficult to find: Just ask anyone in the business. But the alternative of anarchic and tribal decision-making happens to be less introspective and more capricious. And my guess is it is this compromised and compromising attitude that leads people to applaud a "country governed by laws."

And the same is true for individuals trying to guide and make sense of their own lives: Some applause may be warranted, but not as much as is sometimes applied.
Posted by genkaku at 6:52 AM