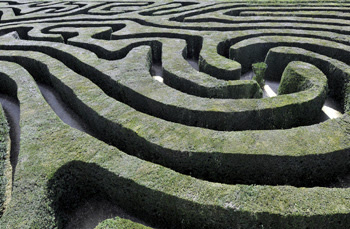 Woke at 2:30 and was immediately aware that I wanted to get rid of the newspaper column due for publication two days hence. It was a grinding sense: I had already rewritten it three times; it was still too damned long; and I was not at all sure that the argument I wanted to make hung together. I had reached the fuck-it zone.

When I was asked to write a monthly column, I had been flattered and was convinced that I could write such a thing as easily as falling out of bed: I had opinions up the ying-yang and was anxious to spread my imagined wisdom about ... well, pick a topic.

But nowadays, I find myself reclining in less insistent realms -- mostly in the recollections of an old fart. Those now-ancient lessons or observations or experiences are much more inviting than the rants ... even the rants I might rant about ... the Vatican, the militarization of my country, the hypocrisies and depredations that dot the social landscape, the advance of drones or whatever.

Instead, I feel like a bird settled on its eggs, warming them though they may never produce a chick. It's all I honestly have and so, though I sometimes despair of this backward-focused way of being, still, it is the being that fits me like warms socks. Social outrage is a very good thing in its time, but it takes a lot of energy and the likelihood that its targets will be more than mildly bruised.

I am picky about writing a column -- picky in ways that I seldom if ever apply to this blog. No doubt my slovenly approach shows through on the blog, but I forgive myself: No one takes a blog that seriously. A quick and even misspelled hit is OK on a barf-mobile blog. Rewriting, rephrasing, replacing ... forgetaboutit. One and done. By this time tomorrow, who will give a shit?

But the column is for public consumption. I feel that there is some undelineated bar to meet. Phrasing, length, choice of words ... it's homework and I drop back into some getting-an-A mode. It should be interesting but of course "interesting" is a subjective matter... even as some dictator or philosopher insists it should be universal.

Well ... I shipped it off in email a few minutes ago ... "The Expense of a 91-cent Gift." I'll now leave it to the editor to make what changes he thinks necessary ... as long as they agree with me, of course.

Funny how the old stuff -- in my case writing -- can't die a peaceful death but insists on coming around to bite you on the ass.
Posted by genkaku at 8:27 AM