don't be me; learn from me 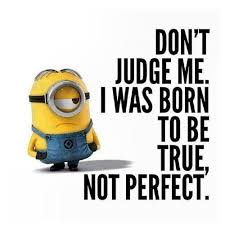 I guess everyone has his or her touchstones for learning. They are not the same from one to the next, necessarily, but the learning is enriched.

Once upon a time, for example, I used to read swaths of books about spiritual life -- first Hinduism and later Buddhism. The books formed a warming coal under my ass and inspired me to practice what I claimed to believe.

Nowadays, inspiration seems to come from anywhere -- including a recent episode of "NCIS" -- a police series on TV here in America. In the snippet that caught my attention, the central character is instructing one of his investigative team members. The younger man is uncertain and expresses his desire to be like his boss. The boss' tone of voice grows sharp as he metaphorically bitch-slaps the younger man: "Don't be me," he fairly snarls. "Learn from me."

How many would like to be Jesus or Buddha or Mohammed or whatever other expositor of an adopted faith? "What would Jesus do?" or "What would Buddha think?" or "What did Mohammed prescribe?" The idea behind such questions is often to be as much like the teacher as possible.

It's a phase, I think, but it is a phase worth outgrowing.

Every (wo)man is a church of one. Spiritual life demands that its adherents outgrow the understandable desire to be as good or strong or compassionate as what is imputed to the hero of the current scene.

But there is a difference between trying to be something else and learning from something else. Practice builds the muscles that allow the wishful thinking to disperse and the practical learning to take root.