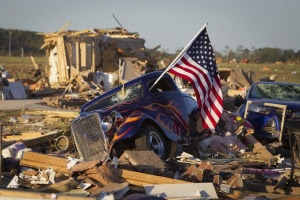 On the same day (today) that the United States and NATO ended their formal military roles in Afghanistan after 13 years (let's see ... unless I've got it wrong, that's Britain, Russia and now the U.S. who left Afghanistan without accomplishing much by way of "improvement"), Reuters is running a story about the most unusual animal behavior in 2014.

Animals and crime are easy news stories and you can see why the media might prefer not to dig in and dig deep when it comes to "animal" behavior like that of homo sapiens. Human beings defy a settled explication. Other animals don't talk back.

Truth to tell, it's something of a relief to read about animals other than human beings. Animal tales seem to take the dreary weight off the drumbeat of half-reported human news ... animals are so cute and so weird, and so 'comprehensible,' right?


(Reuters) - It was the year of the family pet behaving badly: A dog got sick from eating dozens of socks and a puppy took the rap for driving the family car into a pond. Angry cats held their owners hostage on at least two occasions.