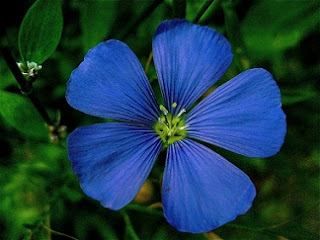 In the post-facto telling, there appears to be a credible coherence -- a way to weave what happened into a the tapestry of understanding. Today the news wires reconstruct -- or is it "construct?"-- the fatal shootings of two TV workers by a disgruntled former employee in Virginia. The stories, like this one perhaps, seem to sooth and smooth the comprehension. It is news, it excites the attention, it is another shocking example of ________ (fill in the blank), but whatever it is, the stories ABOUT it bring a sort of mental solace that rests largely on the carefully-coiffed distance from the actual event.

The actual event, by contrast, is strangely mundane, pedestrian, inexplicable and ineluctable. Its plain-Jane factual nature is an utter gob-stopper and this mind refuses to be gob-stopped: I need an explanation, a pigeon hole, a salving framework in which any imagined world outlook can be reaffirmed. Kindness, killing-is-bad, social dissections, self-aggrandizement ... I mean ... I have feelings and principles and cornerstones and ... the facts simply don't give a shit.

It is like a deep prayer: God fill me with fictions and distances because the facts are ... are ... are just the facts, plain as salt.

The facts brush aside the stories, careless as a child stepping on an ant. The mundane 1-2-3 of it overwhelms all comers. Even the it-is-what-it-is bullshitters are swept aside: Go fuck yourself: Facts are facts and, JEEE-SUS!, I don't know what to do in the face of the almost-boring plainness of fact. I want to feel something rousing, cheering, brought-low, decimating ... but the facts do not accede.

This is a lesson that is hard to stomach ... or perhaps I am willing to surrender and say "impossible to stomach" but I hate the defeat. I am so used to the fictions that I am flummoxed by the facts those fictions claim to address. "Cut the crap!" the facts say. But I am not a crap-cutter. I am a maven of fiction, within and without.

The killing of the Virginia television employees is extreme and was carefully taken down from the Internet. And yet I wonder if it was taken down entirely because it was too "shocking" or "in bad taste." Or was it because, as well, facts are always this way and the reminder is unbearable. Plain, straightforward, neither filled with emotion nor lacking it ... ineffable in its effability.

I'm begging here -- pleasepleaseplease don't take my fictions ... you know, the ones that are already gone!
Posted by genkaku at 7:15 AM