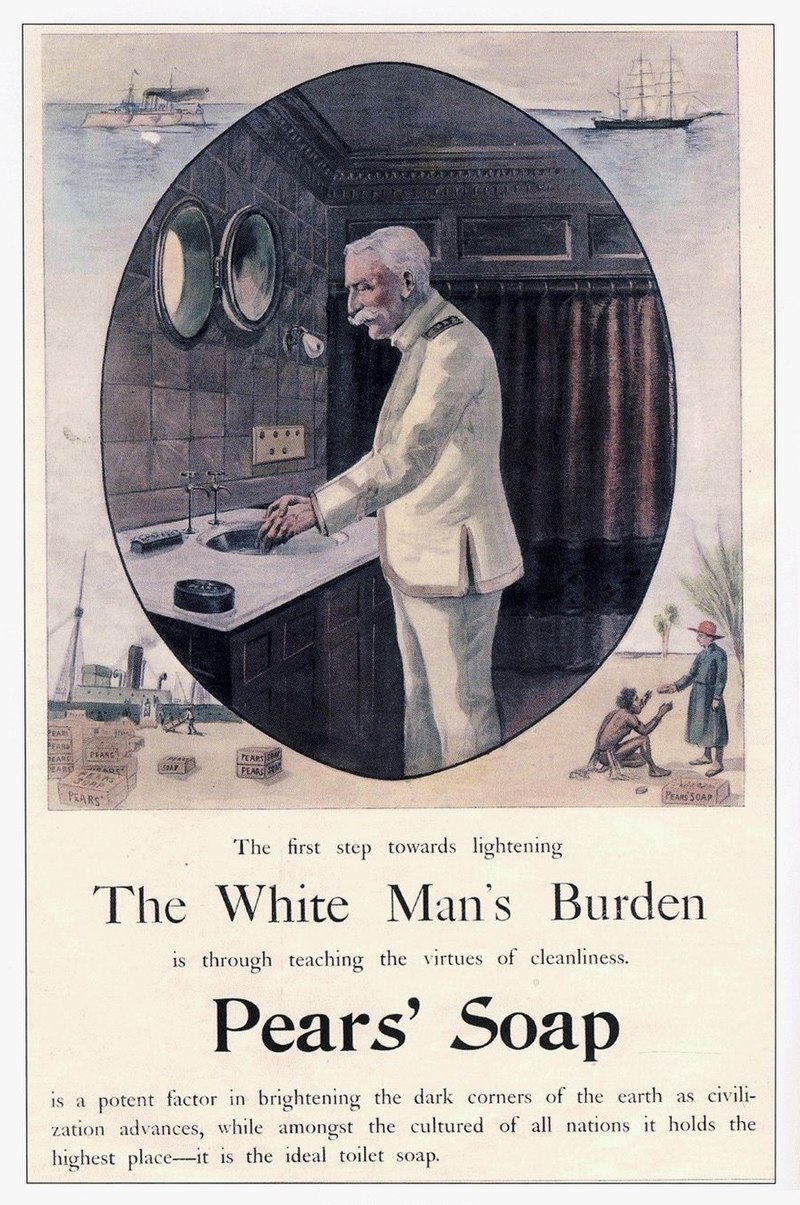 "The White Man's Burden" is a poem by Rudyard Kipling that was first published in 1899. Depending on the point of view, it is a clarion call to a firm imperialism or an invocation to share the world's riches in knowledge and culture.

I have a very hard time reading it, even at this late date, and not cringing at the arrogance that, in the poem at least, is out-front and honest. In these days of Facebook and Twitter, much of what Kipling alluded to is filtered through and camouflaged by Harvard- and Yale-educated ministrations of neo-conservatives like Karl Rove and Dick Cheney: The world and its fuzzy-wuzzies are in dire need of a self-congratulating, self-referential hand.

Here is the first salvo of Kipling's seven-stanza poem:

Take up the White Man's burden, Send forth the best ye breed
Go bind your sons to exile, to serve your captives' need;
To wait in heavy harness, On fluttered folk and wild—
Your new-caught, sullen peoples, Half-devil and half-child.

Oh yes, it's old and quaint and obviously critique-able. No one thinks like that ... sort of. Only of course the underpinnings of a lot of policies find nourishment in the lightly-veiled confines of "the white man's burden." And individuals are not exempt. If something works better and is more kindly, who will be dubbed 'cruel' for sharing such information or capacity?

In the Brazilian jungles, there was once a Roman Catholic priest who later lived across the street from me in Springfield. Tony was doing his Vatican duty by the tribal Indians he came to love. But he had to rein in his knowledge if he was to gain the trust and respect of the tribe. And so, for example, if the solution to a difficult birth was to beat the woman on her stomach with a stick, who was he to gainsay what may have been hundreds of years of tradition and experience? He said nothing and paid an interior price, he told me.

You know something that is better but is it really better until the one exercising a not-better option discovers and puts it into practice himself? Sometimes there are very good reasons -- though perhaps superstitious -- for doing wrong or hurtful things. Shall the 'white man' step in and ease the load (and simultaneously gain mineral or other wealth perhaps) or shall s/he hold a tongue or lash longing to "improve" a scene that is different from the scene at hand.

So many motivations. So many possibilities. So many prejudices. So much goodness or evil. At least Kipling presented an out-front depiction ... something not quite so haunted by ulterior motives or assertions. It revolts me right down to my toes, but I have to admit that revulsion and 50 cents will not even get you a bus ride these days.

Who is this 'white man?' I doubt seriously that the color of his skin makes a hell of a lot of difference. America in the Philippines. Japan in China. And Britannia rules the waves ... right in my bathroom mirror.