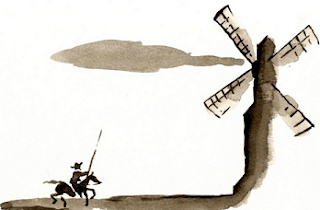 I can imagine, but don't know, that politicians might feel a bit beleaguered by an electorate that is skeptical of their capacity to think and act.

Yes, there is plenty of criticism to go around and there is a broad brush to be employed, but somehow that brush should not be applied to individual lawmakers whose bathroom mirrors reflect something more compatible with their well-scrubbed versions of themselves.

But sometimes there is a stupidity that crosses a line. What line it's hard to say, but the mind brings down the judgmental gavel ... how fucking stupid can you get?!

Take the case of a bill that would make necrophilia illegal in Massachusetts -- my home state. Surely screwing dead bodies is weird, to say the least, and offensive to those willing to impose a sanctity on dead bodies. But does the dead body mind and does this weirdness warrant a 20-year jail term?

And it gets weirder than that when the onlooker factors in the discovery that there has not, apparently, been a single case of such necrophilia documented in the state. Do the good citizens need a law that has never been broken in the first place? Don't politicians have more substantive matters to address?

Does this stupidity outshine 'ordinary' stupidities and cross over into blatant idiocy. As I say, the line is hard to winkle out, but it sure feels like excess to me.

State Representative Aaron Vega has been pushing for an explicit ban on necrophilia in Massachusetts, saying law enforcement’s hands were tied in a recent case. But that may not be true.
Under the bill, anyone found to have had sexual intercourse with a dead person would face up to 20 years in prison. Vega said a Holyoke police captain, Denise Duguay, came to him with what he calls a “loophole in the law,” in which a murderer would escape punishment for raping a victim — if the sex act occurred after the murder.
“There was a body found in the last couple years, [with] this exact scenario,” Vega told us Wednesday.

It turns out that Vega had been presented with a hypothetical rather than an actual scenario. The high-minded (or should that read "idiotic") Vega was undeterred:

Vega says the lack of a specific case doesn’t take away from the necessity of his bill.

The whole thing feels like a micro-version of the "terrorism" push -- as if, somehow, breaking the law were not enough and a new layer of virtue and manipulation had to be added on top. It is already illegal to mess with dead bodies and that, presumably, includes sexual contact... much as it is illegal to kill others and hence "terrorism" is not so much a means of protecting the public as it is a matter of consolidating political power.

Do I actually need to keep paying the salary of those like Aaron Vega whose efforts might better be spent on schools or infrastructure or even just shoveling a snowy sidewalk? Yes, a certain amount of waste is inevitable in any project, but isn't there a point at which that waste deserves to be called out?
Posted by genkaku at 8:10 AM