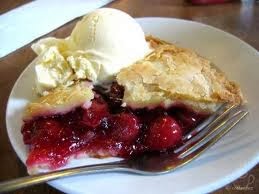 Others have directed intent swaths of life-energy towards other pursuits, but I used a slice of my pie on spiritual endeavor... a juicy hunk of years in which I was serious or thought I was about the niggling and nagging that goes on below the surface or behind some socially-adept human wall or whatever. I don't put much stock in "better" or "worse," "more" or "less" fruitful ... hell, it's in the past and there's nothing anyone can do about that.

Any pedal-to-the-metal endeavor will teach rich lessons ... or anyway has that potential. Simultaneously, of course, there is always a rich patch of soil reserved for unrestrained idiocy and foolishness: It's just the price of wisdom, I figure.

And out of the deep pool that once consumed me, little left-over lessons seem to hang on.

A friend of mine once went to India to live and study at an ashram under the umbrella of a fellow named Rajneesh, a popular guru who ran afoul of the law here in the United States, but had a wide impact before all of his Rolls Royces caught up with him.

And my friend once sent me a packet of information from the ashram. It was, like all spiritual advertising, filled with information that was given a lopsided importance due to its "goodness" quotient. The packet did not make me want to run away to India or to join Rajneesh's happy band, but there was one suggestion I thought was very good.

Every morning, a pamphlet suggested, when you wake up, just lie in bed all alone for five minutes and ... laugh.

On its face, the suggestion has that treacly feel that a lot of spiritual exercises can impart. It sounds unutterably feel-good ... another example of Spirituality Lite. Not a ball-busting discipline, but rather something your rosy-cheeked and loving grandmother might impart.

I decided to try it. And so one morning ... I tried it. At first I didn't know where to begin. So I just faked it "heh-heh-heh...." It was embarrassing and stupid ... but I kept on trying: "heh-heh-heh." There was nothing to laugh at and no one to laugh with and ... what a lame-ass pastime. But I kept after it. And kept after it. And kept after it ... until suddenly I broke out laughing without any effort whatsoever. If this was crazy -- something that deserved a trip to the funny farm -- well, there was no one left to critique me and ship me out. No one was getting hurt and there was something apt and true about laughter ... not as a spiritual talking point, but as a point of fact.

Sometimes I wonder where the capacity to giggle has gone.

I don't know, but I do think the laughing practice has a lot to recommend it.